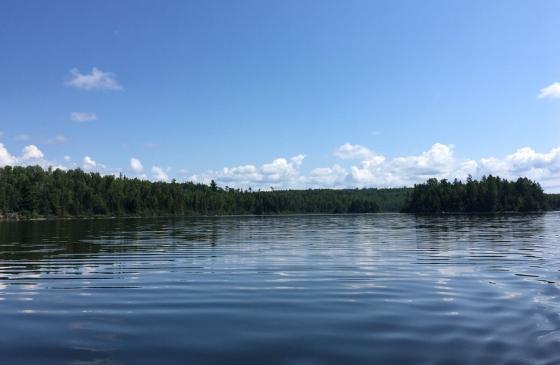 On July 29, two of our partners in the fight to save the Boundary Waters filed a separate lawsuit against the Trump administration challenging the recent evisceration of the National Environmental Policy Act (NEPA). These partners - EarthJustice and The Wilderness Society - are defending one of the nation’s most important environmental protection laws. Changes the Trump administration made will mean polluted water, degraded natural landscapes, and air that’s not fit to breath.

Passed in 1971, NEPA is one of our nation’s bedrock environmental protection laws. It provides for a thorough review of environmental impacts for any project the federal government must approve. It guarantees that alternatives are considered, that the public has an opportunity to review the project and offer recommended improvements, and that the review process is transparent and fair. This is what we would expect our federal government to do.

It has special significance to Minnesota’s Boundary Waters Canoe Area Wilderness (BWCAW). Chilean mining conglomerate Antofagasta is proposing a huge sulfide-ore copper mine on the edge of the BWCAW. Under the Obama administration, federal officials terminated leases for the project because they found sulfide-ore copper mining in the headwaters of the Boundary Waters risked irreparable harm to the Wilderness. Under the Trump administration, this science is being denied and suppressed, the project has been resurrected from the dead, and now the environmental protections are being rolled back and eliminated so the project can be fast-tracked. The proposed Twin Metals mine could be one of the first projects where the new NEPA rules will be used - a guarantee that a bad project would proceed.

While Northeastern Minnesotans for Wilderness (we lead the Campaign to Save the Boundary Waters) is not a party in this lawsuitsuit, our National Campaign Chair - Becky Rom - is cited as one of the affected persons, and we have been working with the plaintiff, The Wilderness Society, and the law firm, Earthjustice. With this new suit, there are now FOUR lawsuits in the state and federal courts related to protection of the Boundary Waters. Here’s a bit of a primer and reminder on the other 3 lawsuits:

Lawsuits take time and are very expensive, so must be used judiciously. We are extremely fortunate to have outstanding partners in our pro-bono law firms. In addition to CiresiConlin, mentioned above, we are represented in federal court by Morrison & Foerster, LLC. and EarthJustice. Without their excellent help, we would not be able to bring these powerful cases against the government.