From the Freemans: Crossing an Imaginary Line

On September 23, 2016, Amy and Dave Freeman completed A Year in the Wilderness. Their yearlong expedition exploring the Boundary Waters Canoe Area Wilderness helped share the beauty of this wild landscape and bring awareness to the risks it faces from sulfide-ore copper mining. The Freemans will continue to share highlights from their year and what's next for their efforts to protect the Boundary Waters on this blog. Below, Amy Freeman shares a journal entry from the last day of A Year in the Wilderness.

After 366 continuous days in the Boundary Waters Canoe Area Wilderness, on September 23, 2016, Dave and I paddled our canoe down the winding South Kawishiwi River back to where we started. Somewhere in the middle of a nondescript portage we crossed an imaginary line. There was no sign. There was no change in the character of the forest. The moose, gray wolves and red squirrels haven’t been told where the boundary of this federally designated Wilderness Area lies.

The water also knows no boundary. The border encircling the BWCAW is an imaginary line—a line drawn on a map, sometimes straight, sometimes following a particular waterway, sometimes skirting around private property or a road. 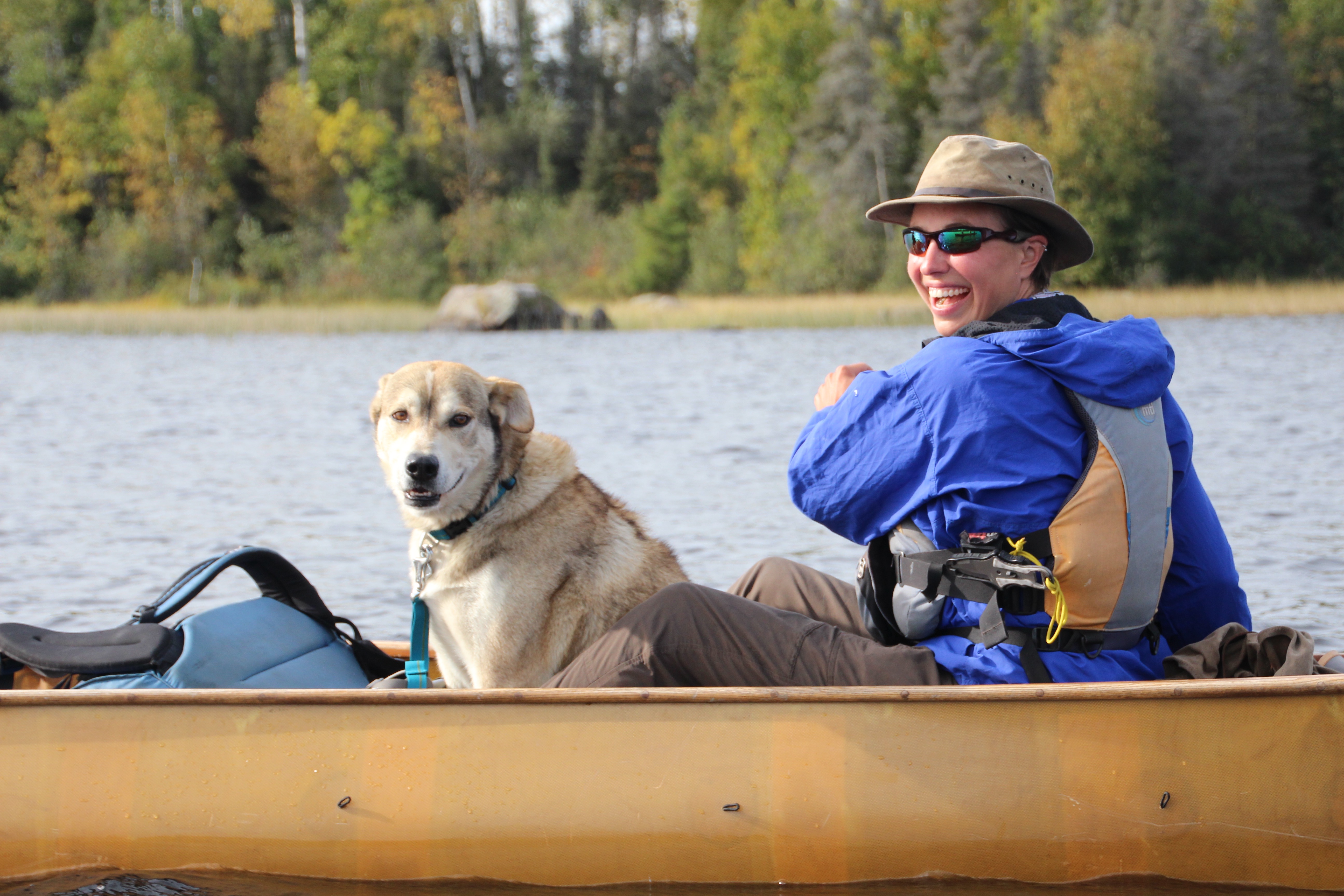 Amy Freeman paddles back on the South Kawishiwi River on September 23, 2016

In this unfortunate instance, a bend in a river was left out when the BWCAW was formed. The water flows out of the Wilderness Area, through a chain of lakes and then back into the BWCAW at Fall Lake. I say it is unfortunate, because the water in this gap is vulnerable. Currently, the water flows past 29 wilderness-edge resorts, campgrounds and businesses, not to mention numerous cabins and homes. What if the proposed Twin Metals copper nickel mine is built? How would this water change if it flowed out of the Wilderness and past an industrial mining zone, over a tunnel designed to transport a slurry of toxic waste rock? How would the character of our nation’s most popular Wilderness Area be marred?

If this mine and others like it were to be built, I bet the imaginary line would become much more apparent than it is now—even abrupt—as one exits the Wilderness and enters “civilization”. But when it comes to the water that would re-enter the Wilderness, the line would blur again—man’s influence and pollution would spill over into the Wilderness Area. Maybe it wouldn’t be obvious to the untrained eye. Any acid mine drainage would be subtle at first. The wild rice would thin out. Aquatic insects and then certain fish species would diminish. The degradation could play out slowly over a long period of time.

We entered the Wilderness a year ago with the intention of bearing witness to this place. It was an opportunity to simultaneously listen to the land and attempt to speak for the land through daily photos and posts.

I’ll never forget when a visiting journalist asked, "What does the land say to you?" I’m not sure if she expected some concise, profound answer that applied to her, or if she thought we were delusional and she was just playing along.

The thing is Dave and I realized it's not important to share specifically what the land said to us through the call of a loon echoing across a still lake, the muffled fall of snowflakes, the metamorphosis of dozens of dragonflies, the smell of wild rice, or the beauty of 365 sunrises.

What is important is that the land speaks to anyone who takes the time to listen—and so it is imperative that we preserve the BWCAW and wild places like it so that future generations have the opportunity to hear it too.

I hope that you take the time to listen—and heed the call to speak up in its defense.

Dave and Amy Freeman, 2014 National Geographic Adventurers of the Year, are dedicated to protecting the Boundary Waters from sulfide-ore copper mining proposed on its wilderness edge. In 2014, they paddled and sailed 101 days and 2,000 miles from Ely, MN, to Washington, DC, on the Paddle to DC. From September 23, 2015 to September 23, 2016, the Freemans spent A Year in the Wilderness, campaing at approximately 120 different sites, exploring 500 lakes, rivers and streams, and traveling more than 2,000 miles by canoe, foot, ski, snowshoe and dog team. They documented their year and will continue to share their stories on social media (@FreemanExplore, #WildernessYear) and in blog posts. A documentary about their journey, Bear Witness, premieres fall 2016. A book about their year will be published by Milkweed Editions in fall 2017.