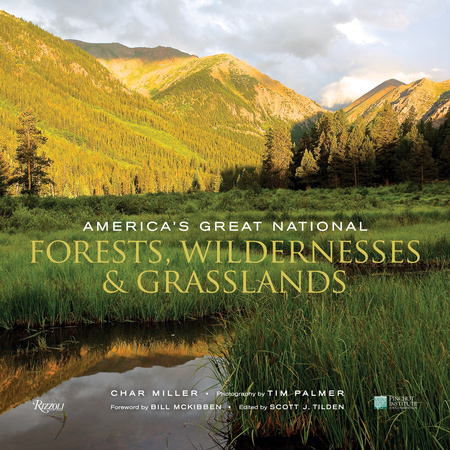 In August, author Char Miller wrote an engaging article, "Can nature advocates save threatened Boundary Waters wilderness – again?" posted on The Conversation. In it he says, "From its inception 90 years ago, the Boundary Waters Canoe Wilderness Area has been a striking reminder that some places are simply too biologically significant, spiritually transcendent and gloriously wild to mar." He also mentioned the Boundary Waters' place in the Superior National Forest. Miller wrote about the Superior National Forest in his recent book, America's Great National Forests, Wildernesses, and Grasslands. Below, Miller shares an excerpt from that book.

Its name almost seems redundant, an unnecessary brag, and yet what else could it be called? Abutting the rocky coast of the eponymous (and vast) lake, at 3,900,000 acres the Superior is the largest eastern national forest and contains the greatest acreage of the boreal ecological community in the region. Scoured down to ancient bedrock during the most recent ice ages, it is home to 2,000 lakes and countless rivers and streams, embracing an estimated 445,000 acres of water. Many of these riparian systems make up the interconnected waterways flowing through the Boundary Waters Canoe Area. This designated wilderness sprawls over one million acres, and doubles in size when you add in the adjoining Quetico Provincial Park in northwestern Ontario. As big as the place are its insects. Minnesotans joke that the state bird is the black fly (with apologies to the official holder of that title, the common loon, which inhabits the Superior in considerable number). Black flies have the run of the forest during warm summer months.[i] 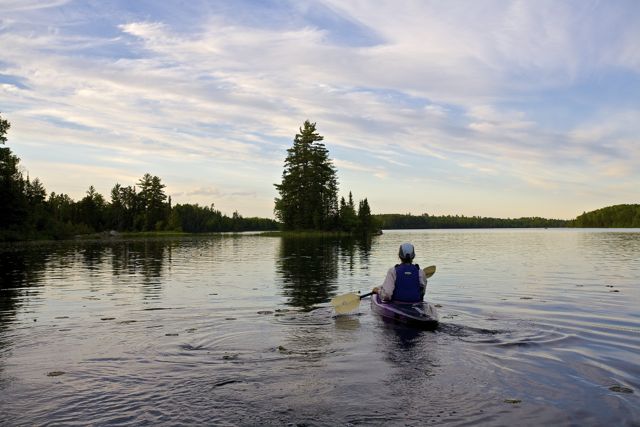 Their stinging presence notwithstanding, the Superior attracts more than a million visitors every year and does so in good measure because Arthur Carhart thought they should. Trained as a landscape architect, Carhart became the first recreational planner for the Forest Service, joining the agency in 1919. He made his mark immediately. Assigned to develop a plan for roads into and cabins surrounding Trappers Lake in Colorado’s White River National Forest, he devised instead the first articulation of wilderness recreation, advising his supervisor that the best and highest use of the lake and its environs was, surprisingly, no use at all.

His advice was accepted, news of which reached another wilderness advocate, Aldo Leopold, then assistant regional forester in region three (New Mexico/Arizona). He, too, had been pondering how to protect wildlands, and arranged to meet Carhart in Colorado in December 1919. Afterward, Carhart drafted a memorandum capturing the essence of their discussions that described how imperiled these lands were and how democratic their preservation would be. “There is a limit to the number of lakes in existence; there is a limit to the mountainous areas of the world,” he affirmed, and “there are portions of natural scenic beauty which are God-made.” Such divine terrain, uncluttered and primitive, “of a right should be the property of all people.”[ii]

Carhart felt just as strongly in 1921 while on assignment to the Superior National Forest. As he toured its wet, green expanse, it became obvious what the forest should support and what it should not. “There is one outstanding feature found in the Superior National Forest which is not present in any other nationally owned property,” he noted. “This is a lake type of recreation. The Superior is unquestionably one of the few great canoe countries of the world.” That being so, it “would be illogical . . . to make the Superior a foot, horseback, airplane or auto playground for this would mean non-utilization of existing natural advantages.”[iii] 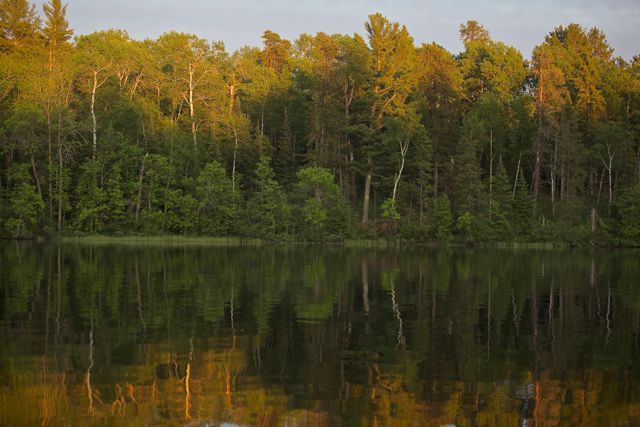 Carhart, however, was ahead of his time, or at least ahead of the Congress of his day. Despite the abundant recreational opportunities that the Superior offered, this “National playground of National service” would go unfunded because “Congress [had] not made any appropriation for recreation in the National Forests.” That lack of allocations would be resolved in the coming years, and the multiple-day-long and lengthy canoeing trips that Carhart anticipated were realized.

By then, he had left the agency to launch a landscape-design practice, yet his report is rightly credited with laying the foundation for all subsequent recreational planning in the forest. In 1926, for example, Agriculture Secretary William Jardine signed off on the Superior Roadless Area (the forerunner of the Boundary Waters Canoe Area). Its singular purpose was to “conserve the value of the Superior National Forest as a game and fish country and as a national playground offering a virile and wholesome form of recreation off the beaten paths.” This new and all-encompassing designation ensured that “not less than one thousand square miles containing the best of the lakes and waterways will be kept as wilderness recreation areas.” Additional legislation over the years would beat back efforts to erect hydroelectric dams in the forest and promote linkages between the Superior and the Quetico. The Boundary Waters Canoe Wilderness Area is also the only wilderness with a provision prohibiting airplanes and helicopters flying below 4,000 feet. As a result, this national forest has maintained its wildness, allowing it to become what Carhart believed it could be, a “magnificent play area.”[iv] 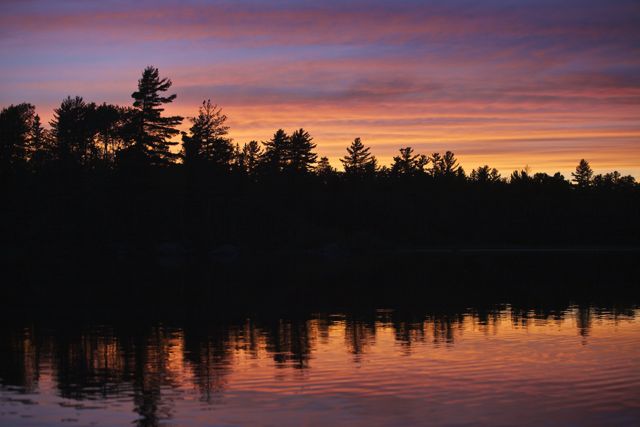 Another who shared Carhart’s sensibility and who wrote movingly of the Superior’s natural virtues was Sigurd Olson. Years of canoeing its limitless reaches led him to pick up his pen to convey to those who had never paddled its cold waters what makes the experience so beguiling. “The movement of a canoe is like a reed in the wind. Silence is part of it, and the sounds of lapping water, bird songs, and wind in the trees,” he wrote in a 1956 essay. “It is part of the medium through which it floats, the sky, the water, the shores.” Maintaining this silence, and the solitude it promotes, required a fierce defense, which Olson mounted by blocking the noisy intrusion of aircraft over the glittering lakes, shutting off the angry buzz of chainsaws in the deep woods, and protecting the habitat of loon and lynx. The question for Olson was how Americans wanted to experience nature and under what conditions. Must the beloved North Country become just another Main Street?

In the face of our burgeoning population and industrial expansion we can draw courage from the knowledge that in the saving of places of natural beauty and wildness we are waging a battle for man’s spirit. No task is more important, for the wilderness we save today will provide moral and spiritual strength and balance in a world of technology and frenzied speed.[v]

Olson’s convictions have spawned generations of activists, especially throughout his home country of the upper Midwest, to fight in defense of the Superior and the Boundary Waters. They have propelled as well small bands of hardy souls to canoe as far along the narrowing waterways and swamps as possible, shouldering 60-pound packs as they portage over downed trees, and then bedding down exhausted but happy in dense wilderness—a tangible, sweat-stained connection between idea and action that has also made the Superior, superior.

Char Miller is the W. M. Keck Professor of Environmental Analysis at Pomona College. Author of the Gifford Pinchot and the Making of Modern Environmentalism (2004) and Public Lands, Public Debates: A Century of Controversy (2012), his latest books include America’s Great National Forests, Wilderness, and Grasslands (2016), Not So Golden State: Sustainability vs. the California Dream (2016), On the Edge: Water, Immigration, and Politics in the Southwest (2013) and Seeking the Greatest Good: The Conservation Legacy of Gifford Pinchot (2013). Co-author of Death Valley National Park: A History (2013) and co-editor of Forest Conservation in the Anthropocene: Science, Policy, and Practice (2016), Miller is a Senior Fellow at the Pinchot Institute for Conservation and a Fellow of the Forest History Society. 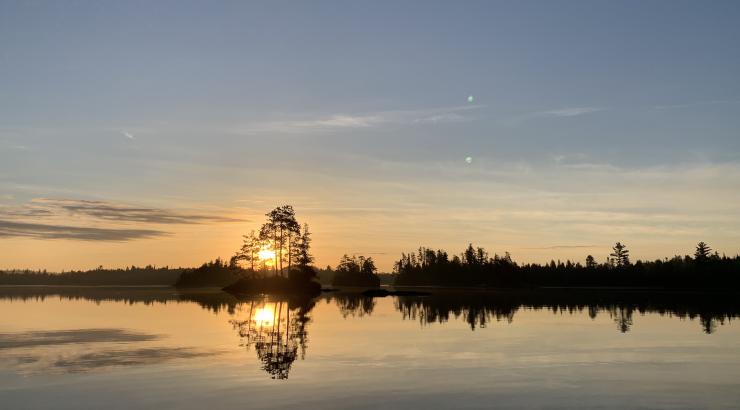 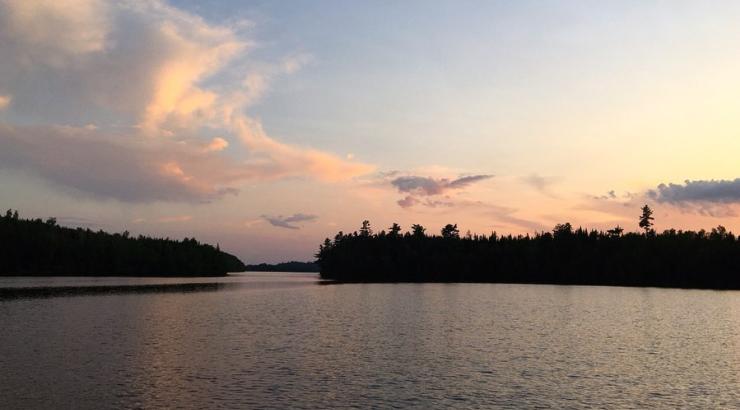 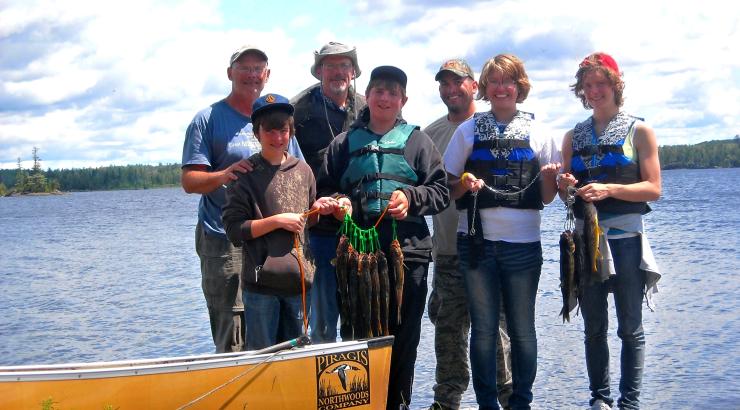