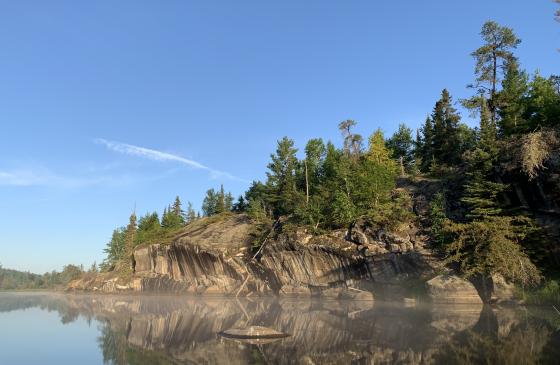 One of the frequently asked questions at presentations and events held by the Campaign to Save the Boundary Waters is “what about Canada?”

Proposed sulfide-ore copper mining on the edge of the Boundary Waters and within the Rainy River Drainage Basin is indeed a threat to waterways along the international border and into Canada. This includes Canada’s Quetico Provincial Park to the north of the Boundary Waters Canoe Area Wilderness. The eventual flow of these waters is to Lake of the Woods and ultimately to Hudson Bay in northeastern Canada. 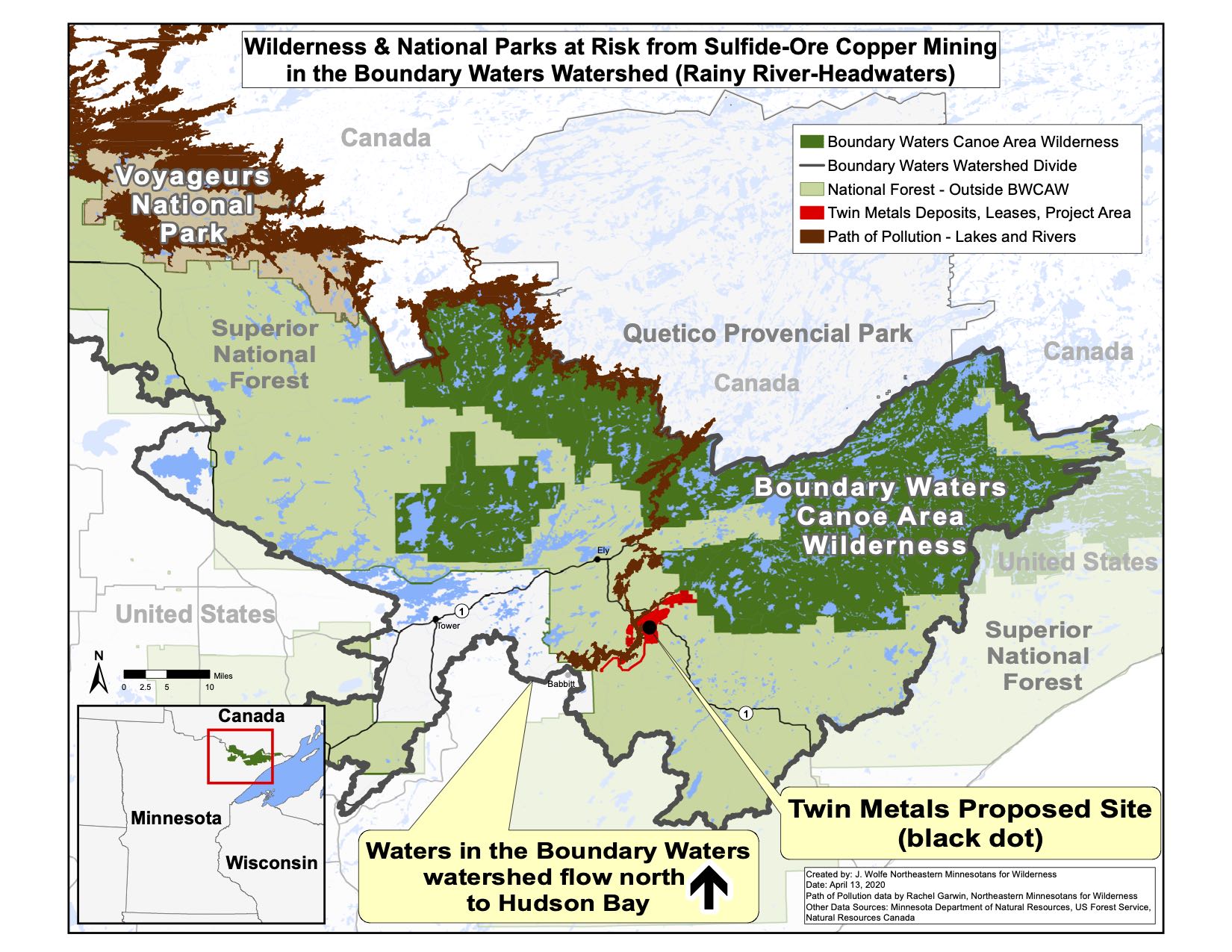 In 1909, the United States and Canada signed the Boundary Waters Treaty in recognition that each country is affected by the other's actions in lake and river systems that form much of the international border. By treaty, each country agreed not to cause a variety of injuries to the other by mistreatment of their shared “boundary waters.”

Article IV of the Treaty commits Canada and the United States to ensure that neither country will pollute the waters forming or flowing across their common border to the injury of property or health on the other side.

The Treaty also created the International Joint Commission (IJC), which is composed of three commissioners appointed by each country, and charged with preventing and resolving disputes involving the boundary waters, according to the principles established in the Treaty. The IJC maintains a number of water system-specific boards to address issues, including water quality on several scales including rivers, lake systems, and watersheds. One such board is the International Rainy-Lake of the Woods Watershed (IR-LOWW) Board.

The IR-LOWW Board coordinates bi-national water quality efforts for the transboundary watershed, monitoring and reporting on its ecological health and water quality, and sharing with the IJC the status of the watershed and issues of concern.

The IR-LOWWB is informed by two advisory committees - a community advisory group and an industry advisory group. Active members of the Campaign to Save the Boundary Waters sit on both committees, and the committees have worked with the IR-LOWWB to elevate concerns about proposals for sulfide-ore copper mining on the U.S. side of the Rainy River Drainage Basin.

The Board also requested that the IJC seek guidance from the two signatory governments (the U.S. and Canada) as to how an analysis of cumulative effects from potential mining pollution should be coordinated between the two governments and their subdivisions.

The IJC responded that it shared the Board’s concerns, and in January 2015 wrote to the Canadian Foreign Affairs Office and the U.S. State Department, forwarding the request, asking for clarification from the governments on how cumulative effects and transboundary effects are being assessed not only in general but with a particular interest in the Lake of the Woods basin.

Representatives from the Campaign to Save the Boundary Waters have met with officials from the government of Canada at the Minnesota Consulate and the Embassy in Washington, D.C. We have met with local elected officials on the Canadian side, as well.

Recently, during a trip to Fort Frances, Ontario, in 2019, Campaign to Save the Boundary Waters representatives met with staff and members of Grand Council Treaty 3, which consists of 28 First Nation Communities.

Lac La Croix is one of the Treaty 3 Communities. In 2016 and 2019,  staff and board members of the Campaign to Save the Boundary Waters paddled to the Lac La Croix Village as guests during the community’s annual PowWow.

During the 2019 visit, we learned about how Basswood Lake, located in the Boundary Waters and Quetico Park and along the international border, is an ancestral homeland of the Lac La Croix First Nation Community and a sacred place for Anishinaabe.

During the Obama administration, the Lac La Croix First Nation Community and two Chippewa Bands on the U.S. side of the border requested that the U.S. ban sulfide-ore copper mining on federal public lands in the Rainy River Drainage Basin.

The Obama administration heeded science, law, and the public’s support for protecting the Boundary Waters and denied Twin Metals’ leases. This put in motion a 20-year ban on copper mining in the watershed, actions since reversed by the Trump administration.

The government of Canada submitted a comment letter to the U.S. Bureau of Land Management in January 2019 during the public comment period of a draft Environmental Assessment on the Twin Metals lease renewal.

Canada expressed concerns about cross boundary impacts and cumulative impacts. The final Environmental Assessment did not respond to the concerns of Global Canada.

The U.S. Government is all but ignoring these risks and the U.S.’s treaty obligations

The U.S. federal agencies did not address the Boundary Waters Treaty when it reinstated and renewed Twin Metals’ federal mineral leases after they had been cancelled during the Obama administration.

In 2019, U.S. Rep. Betty McCollum, the lead author of a bill for permanent protection of the Boundary Waters from copper mining (HR 5598), included a provision in an Appropriations Bill directing the U.S. State Department to respond to concerns about pollution impacts to Canada in a report back to Congress.

Rep. McCollum was able to view the confidential “report” - which consisted of just eight paragraphs. Rep. McCollum called the report “embarrassingly inadequate” and characterized it as comparable to an elementary student’s book report.

Canadian people, First Nations Communities, and the Canadian government are taking steps to protect these waterways, but the U.S. still needs to act

Awareness and activism from citizens and leaders on the north side of the border is important, and the Boundary Waters Treaty must be enforced.

Even with more Canadian involvement, the Twin Metals mine is likely to be decided at the U.S. federal government level and, to some extent, the State of Minnesota. Twin Metals needs federal mineral leases to proceed. These leases are the subject of current lawsuits brought by Save the Boundary Waters.

To make sure the Boundary Waters, Quetico, and waters leading north through Canada to Hudson Bay are not destroyed by a Twin Metals mine, we must make sure it is never approved and built.

Immediate efforts of the Campaign to Save the Boundary Waters include our expert review of Twin Metals’ mine proposal to expose the risks of this project, fighting to win our lawsuits against the reinstatement and renewal of the federal mineral leases, and passing HR5598, the Boundary Waters Protection and Pollution Prevention Act.