Science Desk: Strong Voices at Hearing and Rally in Duluth 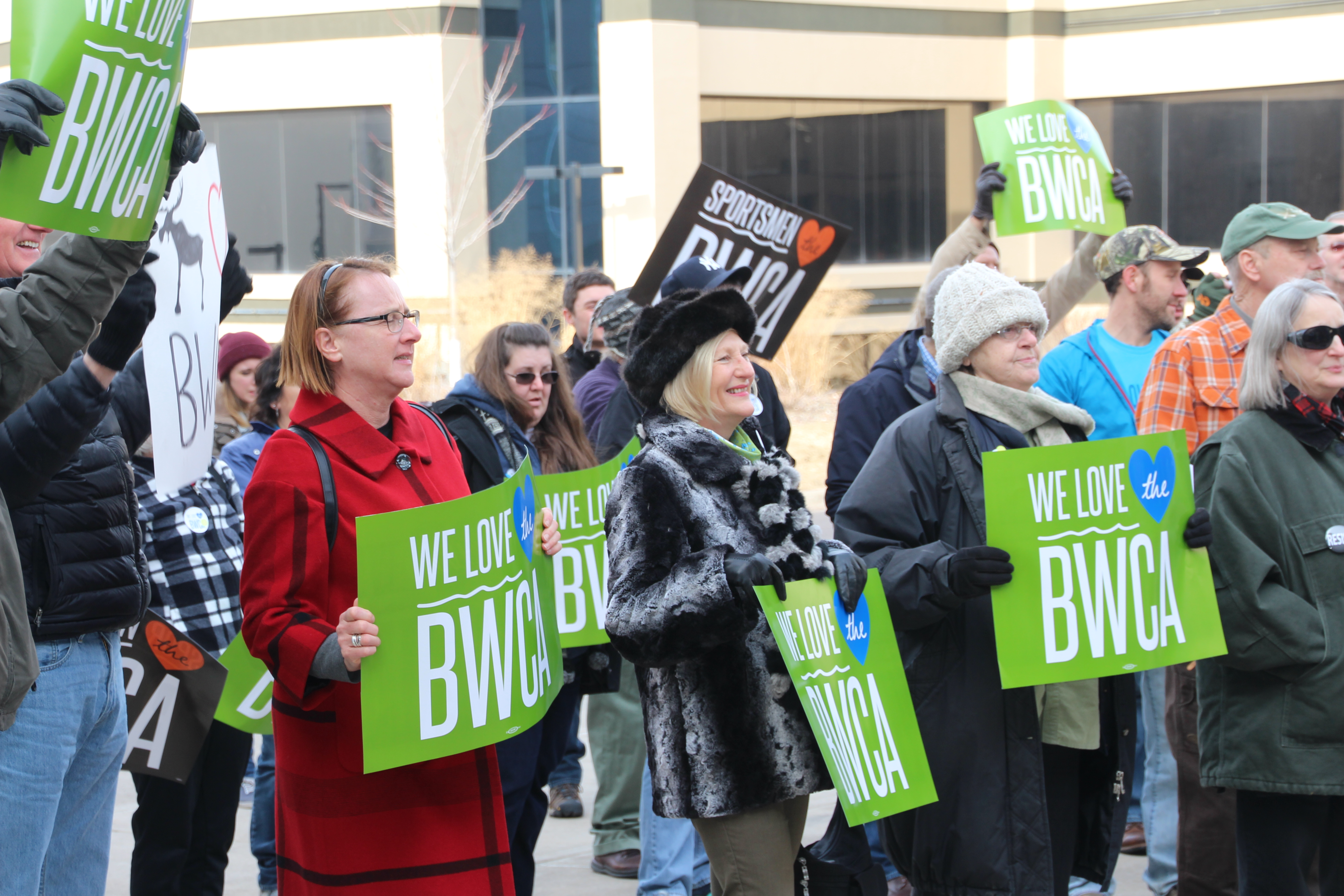 This is Part I of our blog about the recent Duluth comment period hearing and our concerns about Twin Metals' parent company, Antofagasta. Make sure to read Part II of this blog, Foreign Mining Company Threatens Boundary Waters.

During the meeting, the U.S. Forest Service and Bureau of Land Management heard comments from business owners, Arrowhead residents, citizens from across the state who enjoy wilderness recreation and clean water, and sportsmen and women. They also heard from supporters of sulfide-ore copper mining.

Speakers supporting protection of the Wilderness shared the critical points they believe should be considered during the two-year environmental review, including the economic impact a sulfide-ore copper mine would have on tourism and outdoor recreation economy, the risky history of this type of mining, the damage pollution from sulfide-ore copper mining would do to the ecosystem and human health, and much more.

People spoke 31 to 22 in favor of protecting the Wilderness and continuing the current environmental review on the sensitivity of the Boundary Waters Wilderness watershed, and the risks of sulfide-ore copper mining. We are proud of our supporters who shared comments during the rally and have submitted written comments, as well. If you missed the Duluth public hearing, or you attended but didn’t get a chance to speak, please know that this important public comment meeting will be followed by others. You also should be aware that there has been a 120-day extension of the comment period, which now concludes August 17.

During the remainder of this comment period, it is critical for all supporters of protecting the Boundary Waters to submit comments and raise their voices. We ask that you ask your friends and family members to submit comments as well. We’ll share any information on subsequent comment meetings when they are announced. At the conclusion of the comment period, the U.S. Forest Service will begin drafting the Draft Environmental Impact Statement (DEIS). Later, likely in early 2019, a Final EIS will be released, and then, perhaps some months later, Interior Secretary Ryan Zinke will make a decision about whether to protect this watershed for a 20-year period.

This two-year environmental review process runs on public input, and your input absolutely will be required again, not only at the next public hearing (location and date are still to be determined) and in the remainder of this comment period, but again once the U.S. Forest Service has released the DEIS, and finally when the FEIS is published. Your public lands, and the future of the Boundary Waters, are certainly worth it.

As you think about what you want to convey to our federal agencies, consider these excerpts from a sampling of speakers at the Duluth hearing last Thursday, March 16: 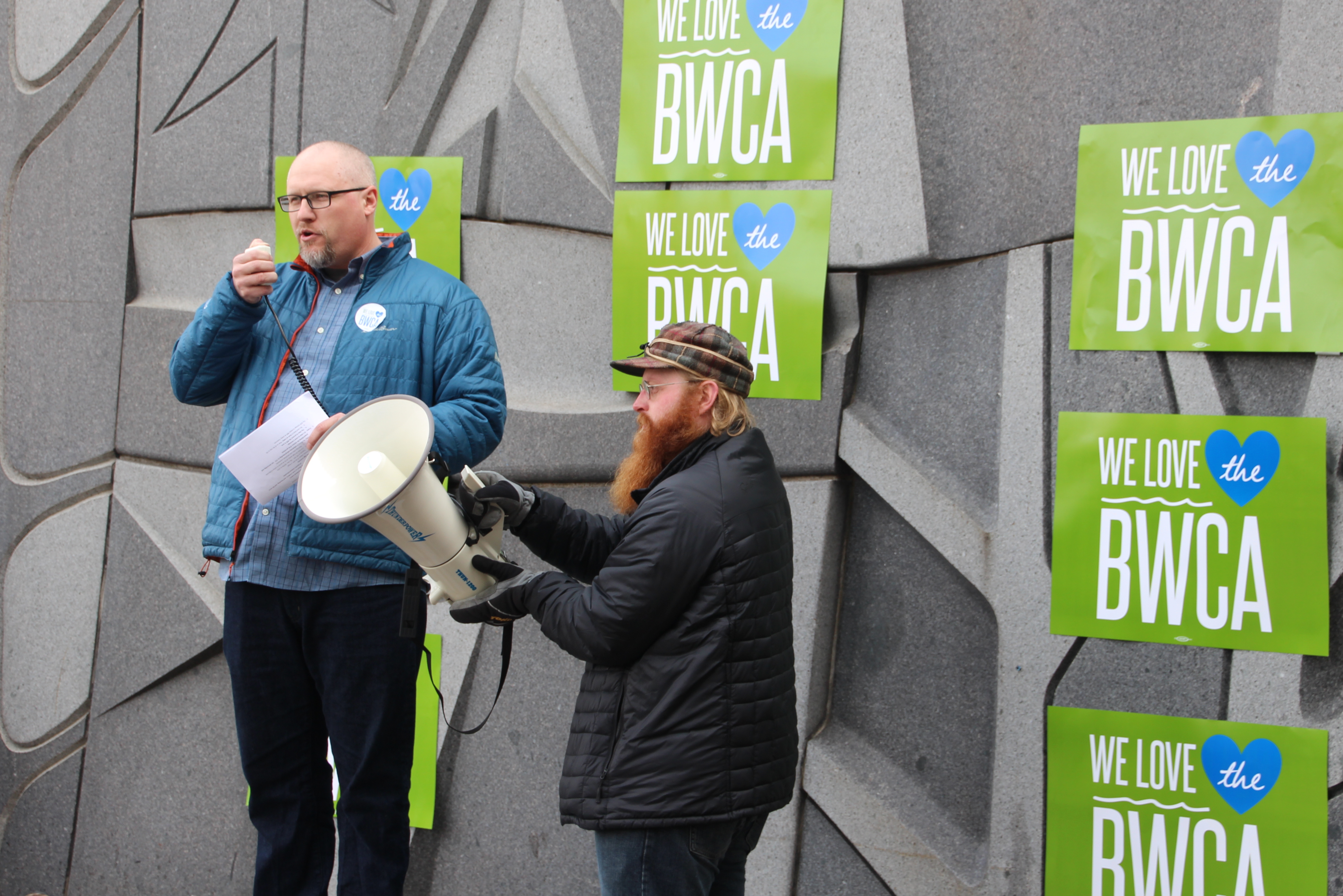 "The riskiest place to put a sulfide-ore copper mine is a water-rich environment like the Boundary Waters,” said Jason Zabokrtsky of Ely Outfitting Co. and Boundary Waters Guide Service (pictured).

“The natural landscape is what drives our economy. It’s what makes us different,” said Dave Seaton, owner of Hungry Jack Outfitters on the Gunflint Trail. “Clean water is more valuable than copper.”

"We are looking at jobs for a finite period and pollution that can last over 500 years," said Will Jenkins of Backcountry Hunters and Anglers.

The process for this environmental review began late last year, when the Departments of Agriculture and Interior announced an intention to initiate a “withdrawal” of public lands from the federal minerals leasing program, in order to protect the natural assets of the Superior National Forest and the Boundary Waters. That announcement of intent was followed in January of this year by formal publication of intent in the Federal Register to do a two-year environmental review on the effects of the proposed withdrawal.

The withdrawal process is one that is provided for in law - specifically in section 204 of the Federal Land Policy Management Act (FLPMA), and in federal regulations promulgated by the Department of the Interior pursuant to FLPMA. The withdrawal process has been used in the past many times, notably to protect the Grand Canyon from increased uranium mining, and to protect Yellowstone National Park from the threat of sulfide-gold mining.

Much of the opposition to the current process, at least as I observed in the Duluth hearing last Thursday, seems to be coming from supporters of the proposal by Twin Metals to mine sulfide-copper ore next to the Boundary Waters. That project can no longer move forward because the U.S. Forest Service and Bureau of Land Management declined to renew Twin Metals’ expired mineral leases, leases which are now cancelled. Whether because they invested financially in the Twin Metals project, or because they hoped that the project would benefit them in other ways, the supporters tend to see the answer to local or personal needs in the Twin Metals project. Are they seeing the full picture? After all, Twin Metals parent company, Antofagasta has a troubling track record.