Wednesday, October 14, 2015
Posted by:
Campaign to Save the Boundary Waters

This piece, written by Javier Serna, assistant editor, originally ran in the October 8, 2015, issue of Outdoor News and is reprinted here with permission.

Dave and Amy Freeman’s expeditions have been dictated by distance and deadlines, measured by miles.

In their latest quest, which they launched on Sept. 23, they will run the clock out 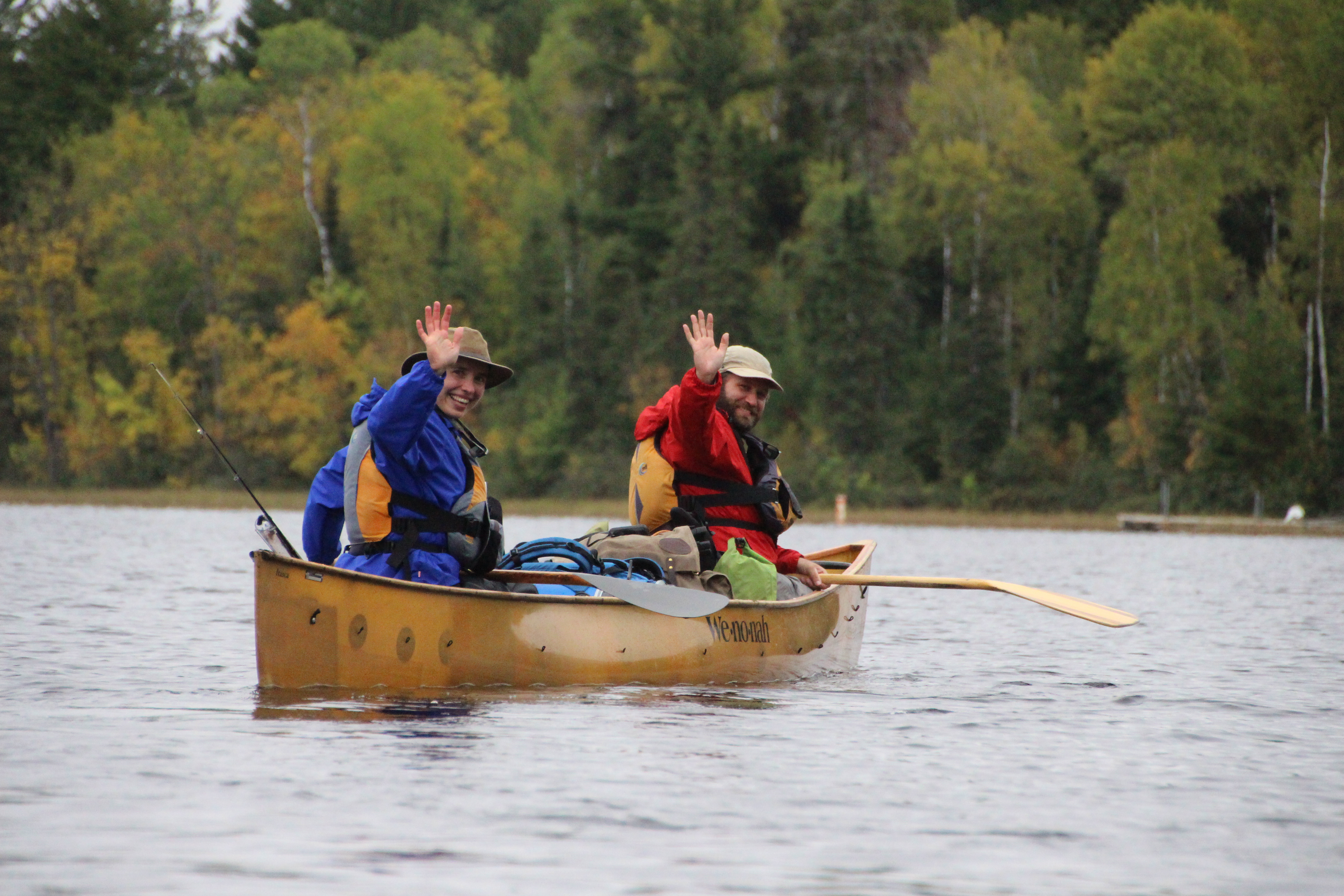 They are planning to spend an entire year in the BWCAW, in hope they can raise the kind of awareness that would thwart mining proposals that are feared would harm the beloved border country.

“This journey is about bearing witness to the wilderness and helping people understand what a special place it is,” Dave Freeman said.

The Freemans are not new to wilderness expeditions, having completed several major treks around the globe since 2005.

Last year, they traveled by canoe and sailboat from their Ely home near the BWCAW to Washington, D.C., a trip that was also part of the Save the Boundary Waters campaign, which, in opposing mining inside the watershed shared by the BWCAW, is backed by several environmental and conservation groups, including the Minnesota Conservation Federation and the Izaak Walton League of America.

It was during that trip that the Freemans began to think about and plan to spend a year inside the BWCAW. The 38-year-old Dave Freeman, who was raised in the suburbs outside of Chicago and first visited the Boundary Waters when he was a teenager, said it’s something he’s thought about for a long time.

“The idea really solidified then,” Dave Freeman said. “We talked about what we could do because we realized that the next year is really critical in the protection of the Boundary Waters. We wanted to put it all out on the table and do as much as we could do.”

It wasn’t the first time the couple had talked about it.

“When he (originally) shared the idea with me, I said, ‘That would be neat. We should do that sometime,’” Amy Freeman said. “We have the skill set to go out traveling, camping for a long period of time. We are not lawyers, but we are equipped to communicate in places where there is no cell phone signal. We feel like we’re using the unique skills that we have to work to protect this place. There are different roles that need to be filled in this battle.”

The couple plans on posting bits and pieces (video, photographs and stories) of their journey frequently on the Internet – five times a week. Using solar panels and energy storage coupled with satellite connections, the couple will be able to connect to the Internet and to social media.

While the Forest Service has also issued the Freemans a research permit (the Freemans will be collecting water samples from many lakes), and a commercial filming permit (they will be broadcasting their journey through Wilderness Classroom) they plan on using a single overnight paddle permit that anyone would. These permits have no time limit, said Kris Reichenbach, a spokesperson for the Superior National Forest, who pointed out that they become invalid once a permit’s “trip leader” leaves the Boundary Waters, and that 14 days is the maximum amount of time a party may stay in a particular campsite.

Since the Freemans plan on visiting all three sections of the wilderness, which are not contiguous, they can do it all on the same permit as long as they take a direct route between the sections, without spending a night outside the BWCAW and without stopping in town or anywhere to resupply themselves, Reichenbach said.

The Freemans plan on staying at about 120 campsites and traveling roughly 3,000 miles using either a canoe, hiking shoes, snowshoes, skis, and dog sleds.

They will rely on volunteers to resupply them with food throughout the trip, something they are expecting about every two weeks, except for the two particularly dicey times for Boundary Waters travel after the lakes freeze in the fall and when they break up around spring. At those points, they will receive five-week supplies, so that volunteers can avoid having to take any chances traveling in sketchy conditions. The volunteers will also switch out their gear, from canoes to a three-dog sled team, then back to canoes.

Despite years of extensive expeditions, the longest the couple has been away from civilization is about six weeks, when they paddled from Great Slave Lake in the Northwest Territories to Lake Athabasca in Saskatchewan.

“I think the disconnect from family and friends, that’s what we’ll feel the most,” said Amy Freeman, mentioning that the departure day was probably the last time she will see her parents until they meet up in the spring, something like a five-month break.

The solitude, on day two of their trip, had already hit them, as the wilderness area largely clears out of visitors after Labor Day, though there are visitors year-round.

“There was so much hullabaloo before we took off,” Amy Freeman said. “It was a really big release when it was suddenly just the two of us in a canoe. It feels pretty good, that solitude.”

Dave Freeman said he’ll look forward to interactions with resupply volunteers, along with random encounters with other visitors.

“A year is a long time,” he said. “I know there are going to be some times throughout the year, it’s hard to know when, when we will have low points. We are hoping to get through those times.”

That sacrifice will be worth it, if the BWCAW and the watershed it sits in is ultimately protected from mining, he said.

“What we are doing is much bigger than us,” he said.