Tuesday, December 29, 2020
Posted by:
Save the Boundary Waters 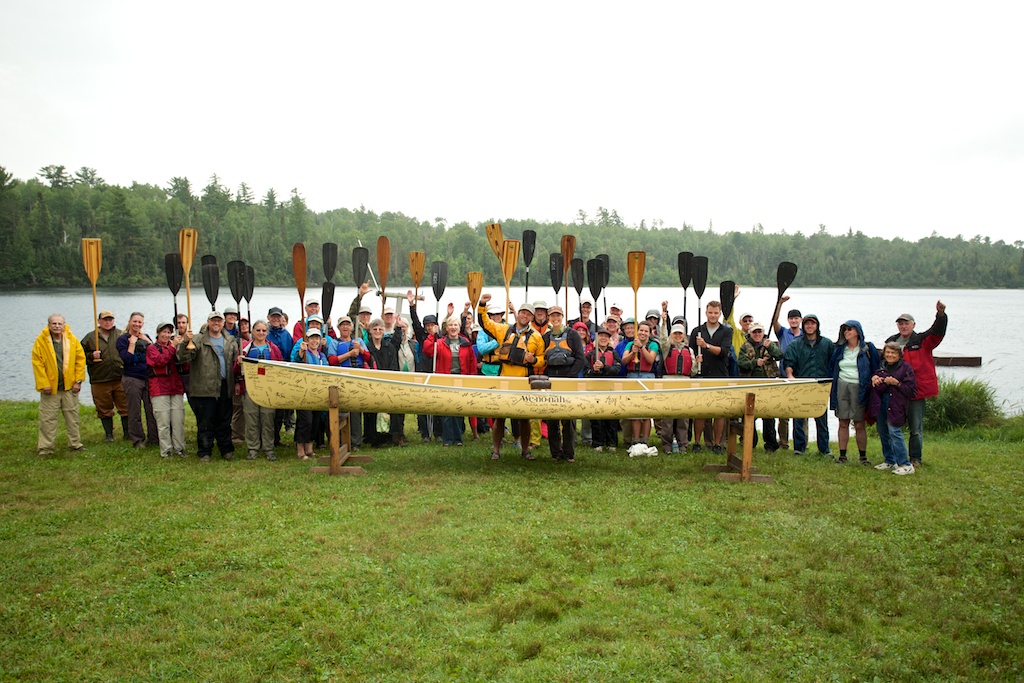 Wenonah is an iconic and beloved canoe company that has been manufacturing canoes on the banks of the Mississippi River, in Winona, Minnesota, for more than 50 years. Founder Mike Cichanowski has been a steward of the Boundary Waters since taking his first Wilderness trips as a Boy Scout.

Wenonah was among the founding allies in the Campaign to Save the Boundary Waters. Did you know that Wenonah donated the original canoe on display in our Ely headquarters & Action Center in 2013? The canoe was signed by thousands of supporters who came through our doors and joined our cause.

When explorers Dave and Amy Freeman decided to paddle from Ely to Washington D.C. in the fall of 2014, Wenonah donated another canoe for the journey (because the Freemans needed to paddle a larger canoe with more surface area for signatures and so guests like filmmaker Nate Ptacek and the occasional journalist could hop in the middle seat to join them on the water). That canoe, a sleek cream-colored Wenonah Minnesota 3, earned the name Sig, for Ely’s famous wilderness advocate and writer Sigurd Olson and because of the signatures of thousands of people the Freemans met along their journey. The Paddle to DC helped establish the Campaign to Save the Boundary Waters as a conservation issue of National importance. 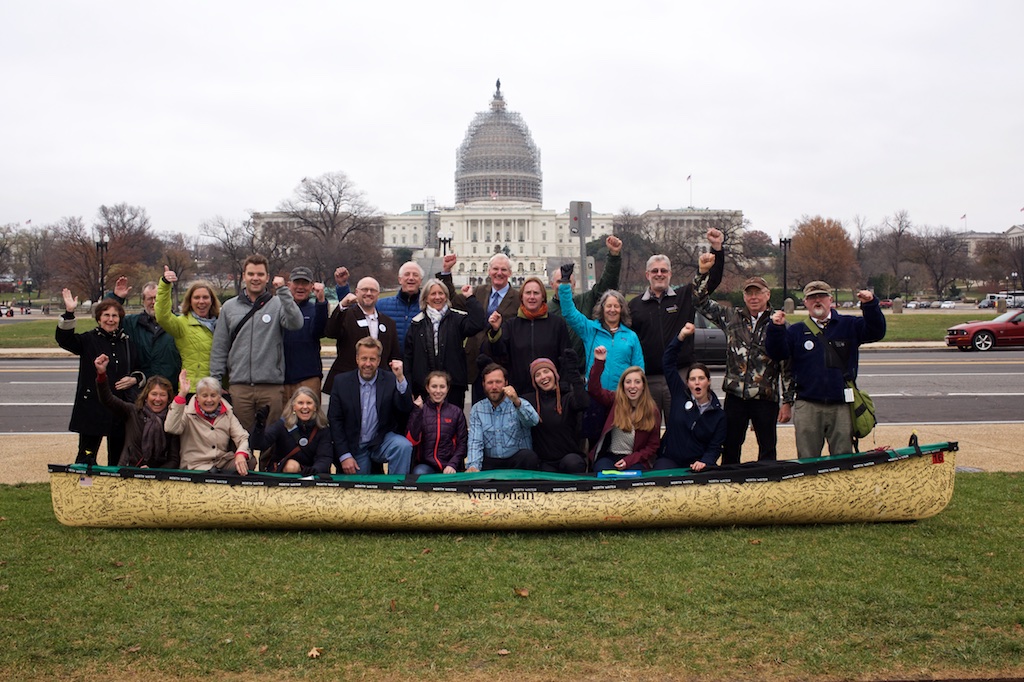 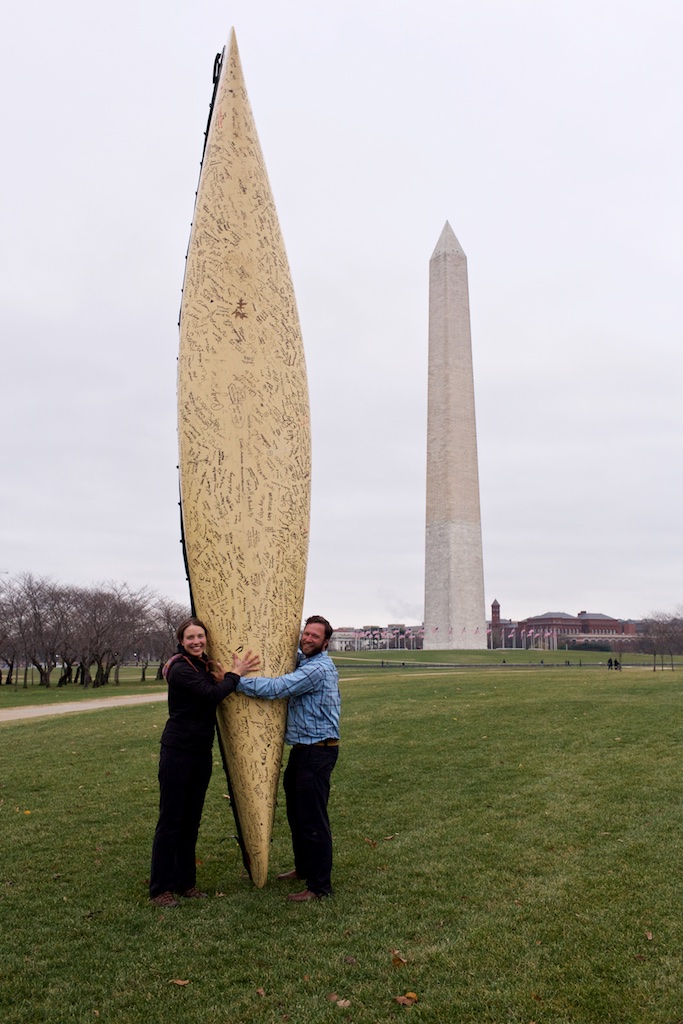 Wenonah has since donated several more canoes to be used as visible symbols of support for protecting the Boundary Waters, including the canoe (nick-named “Betty Jo”) towed by 4 Outward Bound instructors who bicycled across Minnesota on the Bike Tour to Save the Boundary Waters in 2015 and the beautiful custom-made red canoe for Dave and Amy’s 2018 book tour by bicycle (“Pedal to DC”), taking the message by land from Ely, across the eastern U.S. 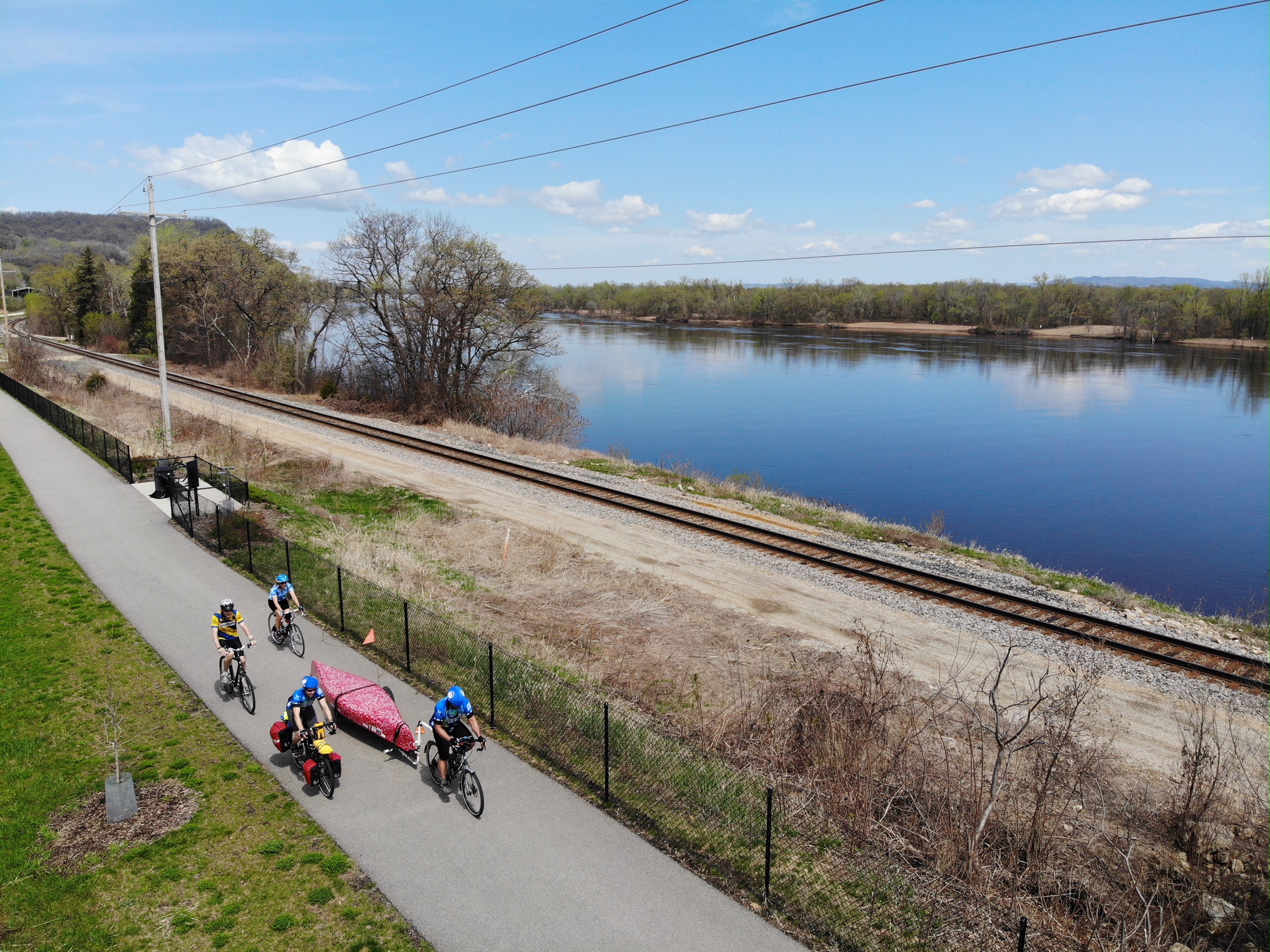 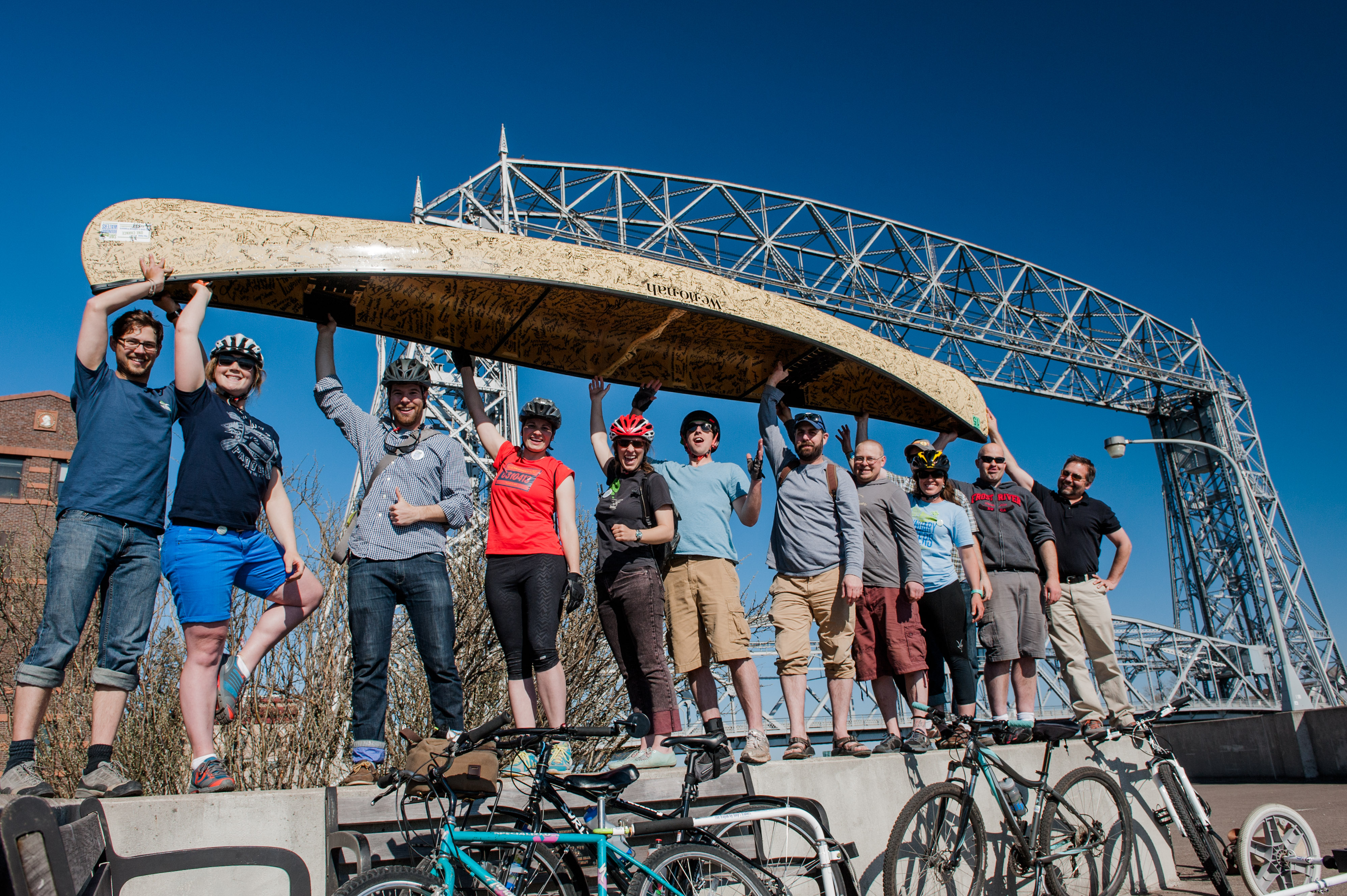 And what about the canoe used for the Freemans’ Year in the Wilderness in 2015-2016? The perfect canoe for that journey was already in their possession from a previous cross-continental expedition. The ultralight Wenonah Itasca that Dave and Amy paddled, portaged, and dragged across frozen Boundary Waters lakes for an entire year already had thousands of miles under its hull long before its launch from River Point Resort on the South Kawishiwi River on the Fall Equinox of 2015.

These “Adventure Advocacy” trips with Wenonah canoes have been some of the most inspiring and visible ways we’ve been able to elevate the call to protect the Boundary Waters from sulfide-ore copper mining. 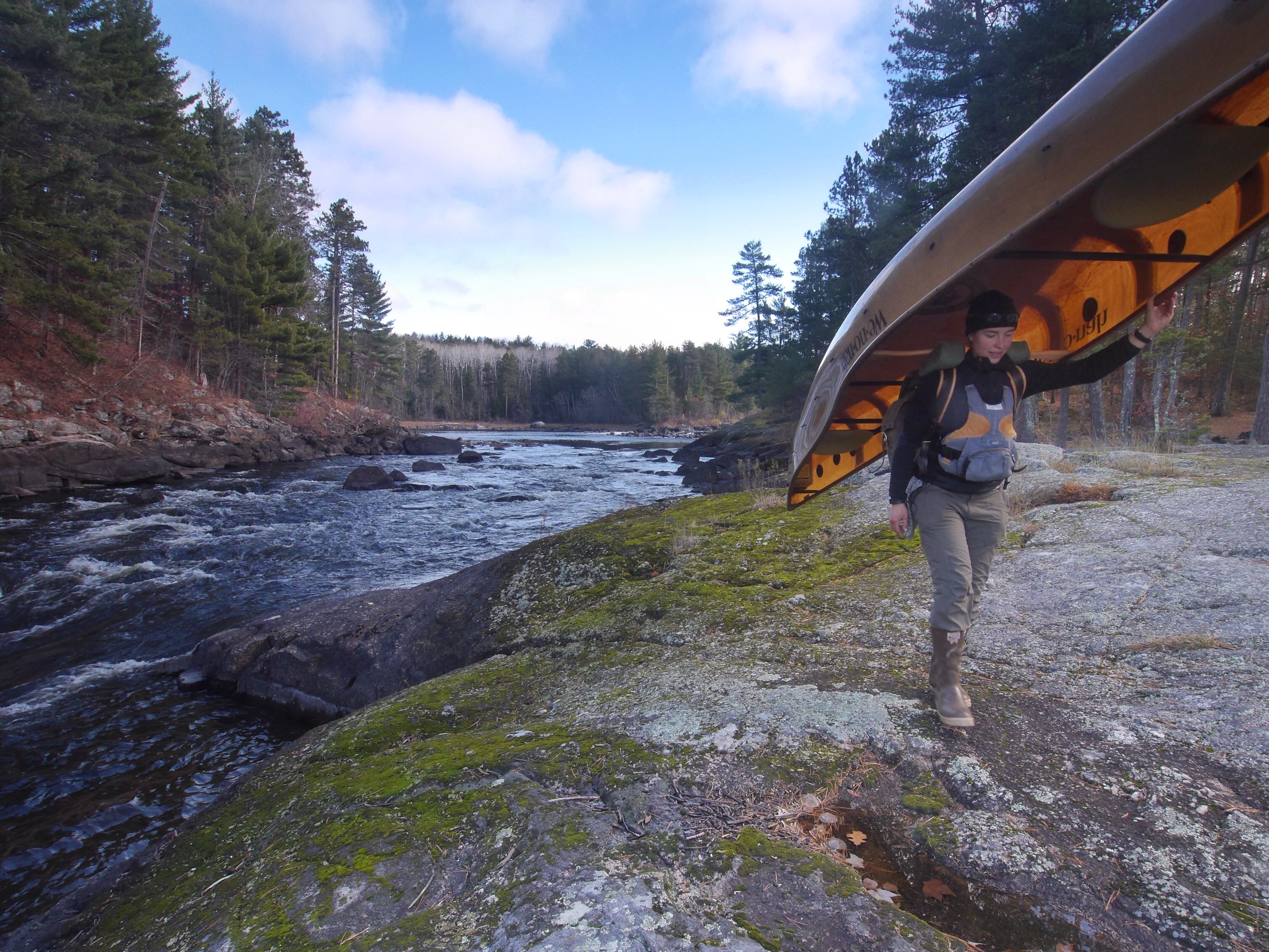 Wenonah Canoe owner Mike Cichanowski has travelled to Washington D.C. several times along with other Save the Boundary Waters advocates and business owners, meeting face-to-face with decision makers. These trips helped make possible the Obama administration’s decision to terminate Twin Metals’ mining leases next to the Boundary Waters. 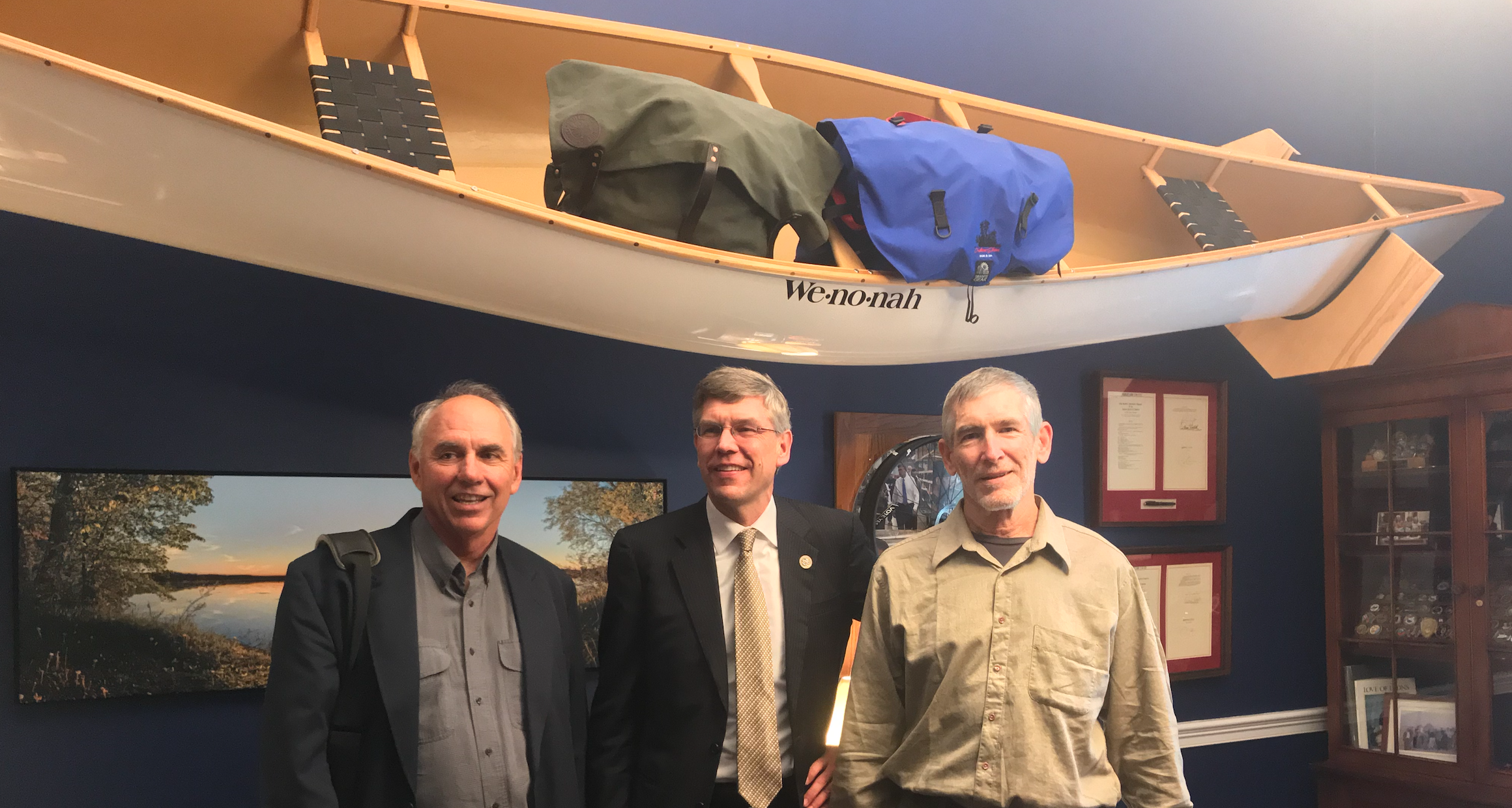 The Trump Administration reversed course and reinstated and renewed the mining leases, decisions that Northeastern Minnesotans for Wilderness (the lead organization of Save the Boundary Waters) and 9 Minnesota businesses, including Wenonah, are challenging in federal court.