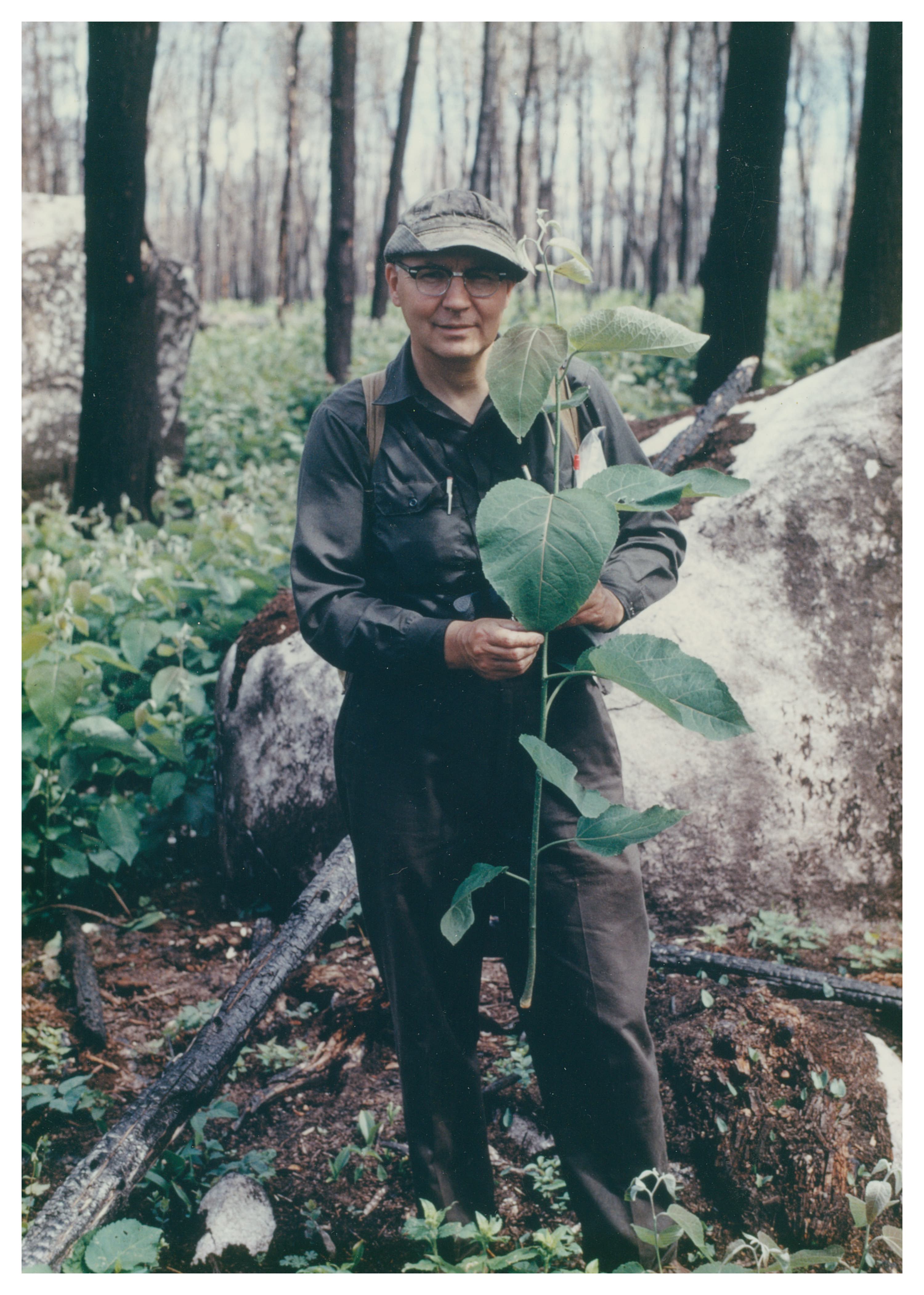 Heinselman lake has just been named within Quetico Provincial Park by The Ontario Geographic Names board, honoring the work of Miron (“Bud”) Heinselman.  Not only was Bud the principal advocate for saving the virgin forests of the BWCAW via the 1978 amendments to the Wilderness Act,  his field research and writings on the role of fire in the boreal forests are the foundation of current wilderness fire management in both the US and Canada.

Bud spent much of his research life in the boreal forests, documenting the age of the trees and thus piecing together the evidence demonstrating that all of those forests originated from fires. He was the sole forester willing to stand up for wilderness protection of the BWCAW forests prior to the passage of the US Wilderness Act in 1964. In 1972 while still with the Forest Service, he testified under subpoena in a Federal lawsuit which resulted in an EIS on BWCAW logging. His testimony convinced the Court that the Forest Service program of allowing wilderness logging was unwise. When logging continued despite that EIS, Bud’s love for the virgin forests led him to retire early from the Forest Service to become a full time advocate.  From 1974 through late 1978,  Bud and his wife Fran worked as tireless wilderness lobbyists, living much of the time in Washington DC at their own expense,  and leading the effort which produced the passage of a true BWCAW wilderness law in 1978,  not just for forest management, but also drastically reducing motorized use. His passion for a canoe-only wilderness was just as intense as his love for forests and he was moved to tears when it became necessary to compromise to allow some motorboat use.

He was the first researcher to document the critical role of fire in the boreal forest ecosystem.  His field surveys demonstrating the history of fires in Canada and in the Boundary Waters Canoe Area, and his writings based on that research, are the still the foundation of fire history research and fire behavior research in Canada and the United States. His writings on fire ecology are among the most frequently cited by other authors in the field, both Canadian and American. Leading forest fire researchers and managers in both Canada and the US still acknowledge Heinselman’s work as “seminal” and recognize that “it all started with Bud.” Wilderness lovers owe him a great debt, not just for his work on BWCAW, but for revolutionizing the management of wilderness forests.

Note: Why Quetico?  Heinselman’s fire ecology work in Canada clearly justifies the honor. Also, naming a lake in the US is problematic; there are not many unnamed lakes on the U.S. side. Bud and Fran took annual trips to Quetico, which often included a similar small, unnamed lake with no portages.