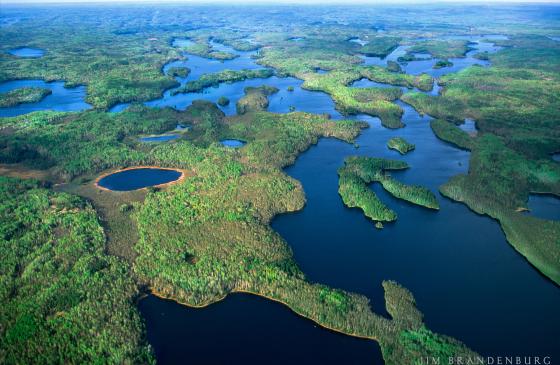 On Friday, March 26, 2021, U.S. Senator Tina Smith (D-MN) urged U.S. Secretary of Agriculture Tom Vilsack and U.S. Secretary of Interior Deb Haaland, to initiate the federal process to consider a 20-year ban on sulfide-ore copper mining on public lands in the watershed of the Boundary Waters Canoe Area Wilderness (BWCAW). This is a huge expression of support for protecting this iconic place against the threat of sulfide-ore mining on the doorstep of the BWCAW.

With her letter, Senator Smith affirms that the BWCAW is a priceless resource for America, and should not be endangered by the damage that inevitably happens with this type of mining. The federal process called for by Senator Smith will include a comprehensive analysis of the environmental and economic impacts of sulfide-ore mining, and will provide a strong scientific basis for an administrative mining ban of 20 years. It will also provide a rigorous scientific basis for permanent protection to be achieved by an act of Congress.

The “mineral withdrawal” process would be initiated by the U.S. Forest Service (USFS), an agency of the U.S. Department of Agriculture led by Secretary Tom Vilsack. The Bureau of Land Management (BLM), an agency in the U.S. Department of Interior led by Secretary Deb Haaland, is responsible for mineral leasing on federal lands. When the USFS initiates the withdrawal process, the lands and minerals in the application are “segregated” by the BLM from the federal mining program for two years, during which time no mining leases, prospecting permits or other approvals are allowed. During the segregation period, the USFS would undertake an environmental assessment of the proposed 20-year mining ban, including the potential harmful impacts of sulfide-ore mining if there was to be no ban. After completion of the environmental assessment, the USFS would make a recommendation on the proposed 20-year mineral withdrawal to the BLM. The BLM would then advise the Secretary of Interior on her decision to withdraw the federal lands and minerals from the mining program for up to twenty years.

This process was first initiated in 2016, but abruptly stopped in 2018 by Sonny Perdue, President Trump’s Secretary of Agriculture, who wrongly claimed there was no new science. While the mineral withdrawal process had been underway for 20 months - and dozens of high quality scientific studies had been submitted by the public and significant background research had been conducted - the Department of Agriculture refused to release any of the underlying studies or its analysis, likely because the science clearly showed that sulfide-ore copper mining posed an unacceptable risk of harm to the Boundary Waters region. A new mineral withdrawal process could utilize the extensive materials developed during the first - aborted - analysis.

A conclusion of harm had been the basis of a decision by the USFS in 2016 to withhold its consent to the renewal of two expired Twin Metals federal mineral leases. These leases cover public land and minerals upstream of the BWCAW. The USFS decision to withhold consent was brushed aside by the Trump administration when it reinstated and renewed the Twin Metals leases. The reinstatement and renewal of the Twin Metals leases were challenged by Northeastern Minnesotans for Wilderness, the lead organization in the Campaign to Save the Boundary Waters, and its partners in lawsuits pending in federal court. The lawsuits are on hold while the Biden administration reviews the government’s position and the history of the mineral leases.