Science Desk: Isn’t It Time We Learned Our Lesson? 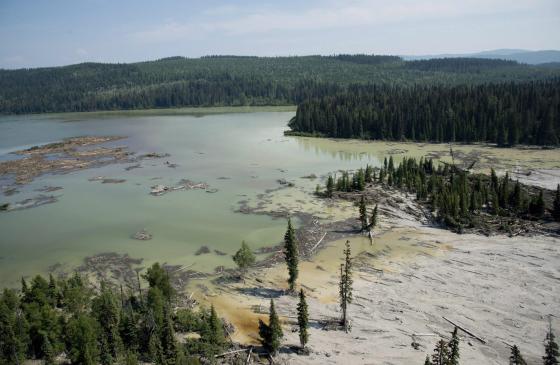 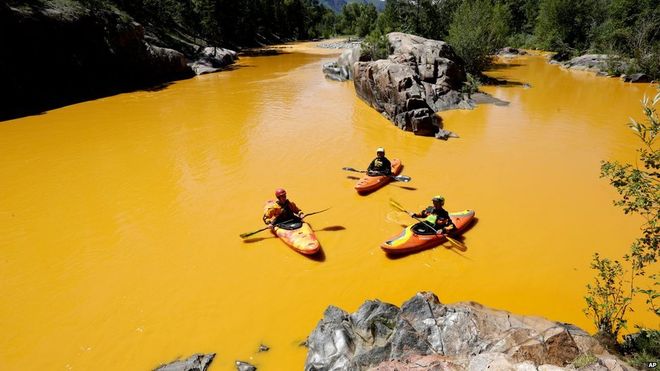 As Ron Meador notes in MinnPost this week, it is an unrelated yet bizarre coincidence that the Animas River in Durango, Colorado, turned an eerie shade of mustard-yellow a few days after the one-year anniversary of Mount Polley copper mine’s tailings dam failure. Instead of the week being dominated by Mount Polley retrospectives, headlines are recounting a homegrown mining disaster a hundred years in the making. Though these mines are not in Minnesota, they have great bearing on proposals to dig into sulfide-bearing ore to extract copper and nickel. They are shocking displays of what can--and often does--go wrong in the hardrock mining industry, and should serve as a warning for those considering the impacts of placing sulfide-ore copper mines in the watershed of the Boundary Waters Canoe Area Wilderness and Voyageurs National Park. PHOTO: Jerry McBride/Durango Herald/AP 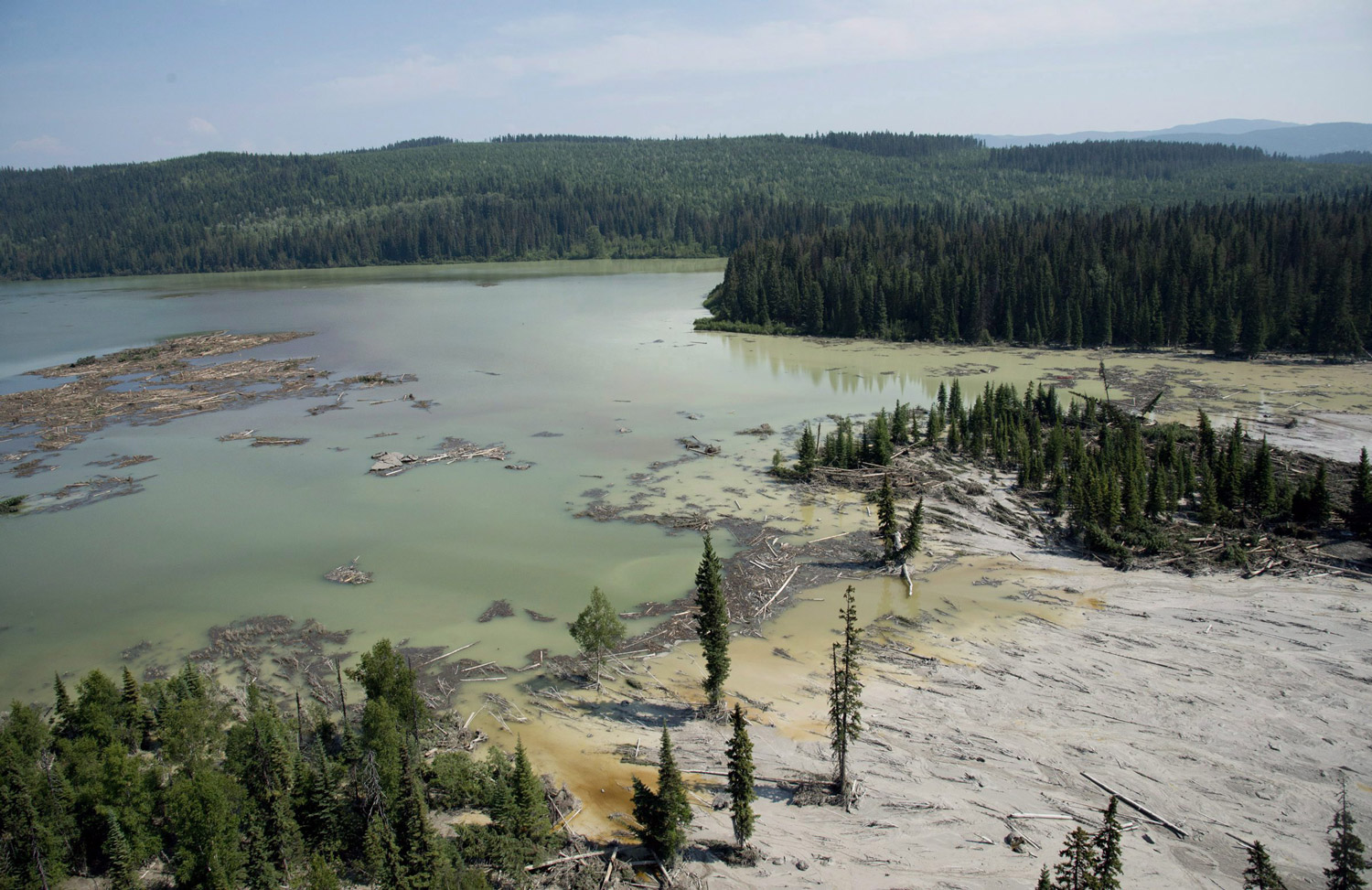 A year ago last week, the Mount Polley copper mine tailings dam burst unexpectedly and catastrophically. News reports called the breach “Canada’s worst mine disaster," and to this day, the long term environmental impact of the spill is unknown. As of April 2015, water flowing out of Hazeltine Creek into Quesnel Lake still had significantly elevated heavy metal concentrations and water in the Quesnel River, downstream of the lake, was still too murky for residents to drink. Heavy metals had built up in the sediment at the bottom of the lake, as well, giving rise to the concern that there will be additional pulses of metals as the lake water and sediments turn over and mix during natural seasonal variations, according to the Vancouver Sun. To make matters worse, the breach altered the very physical characteristics of Hazeltine Creek: it now resembles more of a carved rock canyon than a stream. Mount Polley shows us the potential for an unexpected catastrophic infrastructure failure at a modern mine operated by a company with an otherwise good reputation in a country with supposedly advanced mining regulations and environmental protection requirements. We have learned, however, that disasters happen even in those best-case circumstances. PHOTO: Jonathan Hayward/The Canadian Press

Before the Gold King Mine in Colorado released a torrent of acidic water into the Animas River, I had planned to follow up the Mount Polley anniversary notes with observations of other mines across North America that have made the news for unexpected releases of polluted materials into their surrounding environments. These fall into the category of contamination considered to be less individually severe but that occur more frequently than a catastrophic failure like the one at Mount Polley. For instance, British Columbia shut down the Yellow Giant underground gold mine on Banks Island in mid-July 2015 for releasing polluted materials into lakes, creeks and a wetland. Yellow Giant had only been operating for three months before it released an “unauthorized” discharge in March, and again released effluent and tailings in June and July. The same article references additional small spills occurring at the Myra Falls and Copper Mountain mines in British Columbia in the last year as well. These run-of-the-mine (as it were) spills fit into a larger context of the industry’s frequent leaks and spills due to infrastructure failure, human error or unexpected conditions. To some extent, these releases are simply expected to occur -- thus the distinction between an “authorized” and an “unauthorized” discharge.

What happens when polluted material makes it into the creeks, lakes, streams, wetlands and groundwater that surround a mine? It becomes incredibly difficult to monitor and clean up. Ask residents of Butte, Montana, who are locked in a debate with the U.S. Environmental Protection Agency (EPA) over whether a plume of metal-contaminated leach water is creeping toward the Silver Bow Creek, part of which was recently restored. Experts in mine waste remediation cannot agree what to do with the Parrot mine’s pile of tailings that has sat in the center of town since at least 1906. Over 100 years later, residents still fear the uncontrolled underground spread of contaminants, and must live with the toxic legacy of one the nation’s largest mining booms.

A similar theme can be found in the in-depht articles discussing the Gold King mine spill. As Jonathan Thompson reported in High Country News, water pollution has been ongoing since miners first started digging up minerals in the Animas River watershed in the 1870s. A complicated series of corporate responsibility handoffs and ultimately legal and technical difficulties allowed water to build up in three mines, including the Gold King. Contaminated water seeped out of them, untreated, into tributaries of the Animas River. The EPA, in its efforts to address the thorny, complex problem of ongoing runoff, proved just how difficult it is to clean up mine waste: it accidentally triggered an even larger spill of an estimated 3 million gallons of acidic mine seepage water and sludge that turned the Animas River orange. The complexity of the issue is truly stunning, and it is instructive how promises of mitigation, remediation and responsibility for water treatment in perpetuity ring false.

Mt. Polley. Yellow Giant. Myra Falls. Copper Mountain. Parrot. Gold King. Though these mines are far away from the Boundary Waters, we must learn from their failures. If we don’t, then the pristine water of the Boundary Waters and Voyageurs National Park will be at risk for decades --and centuries--of contamination. As the diverse array of mine failures in the past year has shown us, the complexity of mining pollution makes prevention and clean-up incredibly difficult. The only fail-safe way to protect the Boundary Waters and Voyageurs from sulfide-ore copper mining pollution is to prevent it from occurring in their watershed in the first place. 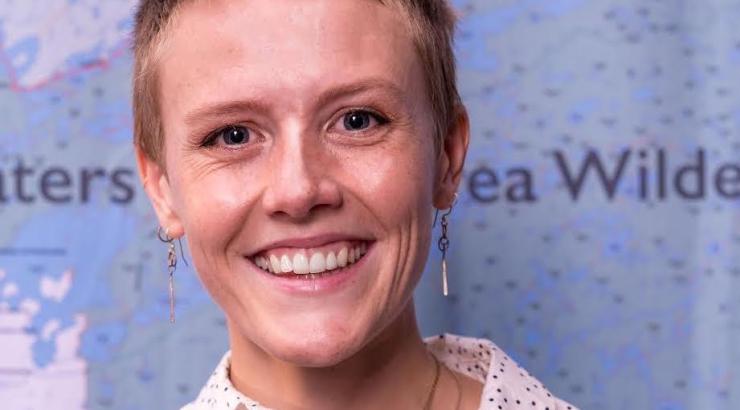