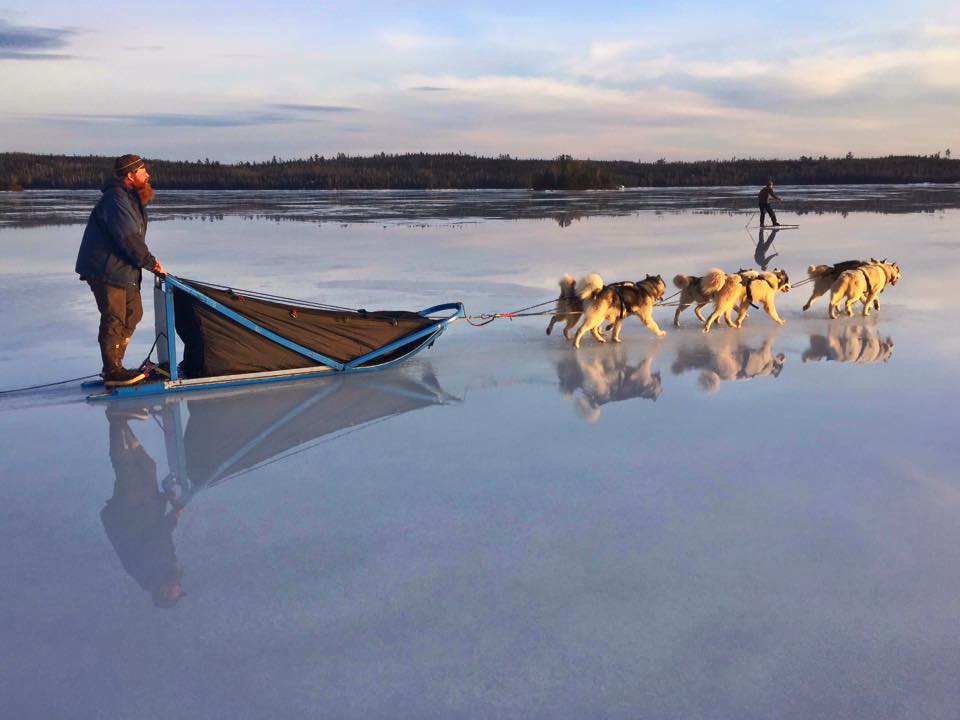 Millions of Americans breathed a deep sigh of relief in early November when Joe Biden was elected the 46th president of the United States — not only because he signified a return to order and normalcy from the lawlessness of the Trump administration, but also because of his focus on tackling the climate change crisis. It is a gigantic task — as large an undertaking as any that mankind has faced. Opportunities have been missed and progress delayed because of political intransigence. One opportunity that we must not miss, which is before us right now, is the opportunity to protect the Boundary Waters Canoe Area Wilderness (BWCA) from the danger posed by sulfide-ore copper mining.

Banning this destructive mining from the headwaters of the Boundary Waters would deliver multiple benefits of the kind critical to addressing the climate and extinction crisis, including preserving carbon sequestration; avoiding the massive energy demand of large sulfide-ore copper mines and thus eliminating major new greenhouse gas sources; and preserving a 4.3-million-acre ecosystem that provides a refuge for species threatened by climate change.

The Boundary Waters region is vital for carbon sequestration.

The 4.3 million-acre Quetico-Superior region is primarily boreal forest. Boreal forests store more carbon than any other terrestrial ecosystem — almost twice as much per acre as tropical forests. Keeping carbon locked in these forests and out of the atmosphere is a vital part of the fight to keep warming below 2 degrees Celsius. According to a federal government report prepared for members and committees of Congress, each acre of terrestrial boreal forest stores on average about 180 tons of carbon in its vegetation and soils. Destruction of boreal forest for industrial mining is a double whammy — the release of much of that carbon into the atmosphere and the loss of the capacity of the land to take up carbon in the future. The loss is even greater if wetlands are destroyed. Soil carbon levels in wetlands are nearly double the level in the terrestrial boreal forest.

Mechanical destruction of vegetation and soil is not the only harm that would result from permitting copper mining; the carbon storage assets of the Boundary Waters region (surface vegetation, soils, wetlands, and peatlands) are incredibly vulnerable to acid mine drainage – the water pollution that inevitably results from sulfide-ore mining.

A leading ally of Chilean mining conglomerate Antofagasta, which seeks to develop the Twin Metals copper mine, is Minnesota Power, a local utility that feeds a group of energy-devouring industrial customers. According to MinnPost, 74 percent of Minnesota Power’s electricity is sold to six taconite mines and four paper and pulp mills. Just one taconite mine alone needs roughly the same amount of energy as the City of Minneapolis. Minnesota Power is aggressively seeking to grow its industrial customer base with a Twin Metals copper mine next to the Boundary Waters. Although Minnesota Power has started to shift away from carbon, it has two coal-fired generators (Boswell plant), is seeking to build a $700 million gas plant, and may re-commission a coal-fired plant on the North Shore of Lake Superior.

The Boundary Waters is crucial for climate adaptation and resilience.

The Wilderness Society identified 74 places in the United States that are crucial to our ability to sustain biodiversity in the face of a changing climate. These areas have three essential characteristics: (1) an especially high degree of wildness; (2) connectivity to existing protected areas; and (3) diversity of unprotected species and ecosystem types. The analysis found that the Quetico-Superior region is one of the top places in the nation with this “Wildland Conservation Value.”

A recent study by The Nature Conservancy with similar findings underscores the necessity of keeping these areas intact and undeveloped. Consistent with this, The Nature Conservancy, The Conservation Fund, and The Trust for Public Land have acquired large swaths of land across northern Minnesota to keep them protected. Allowing the creation of an industrial mining zone in the watershed of the Boundary Waters would undermine the work that these and other organizations are doing to prepare us for the future.

The Boundary Waters — the heart of the Quetico-Superior region — is a vitally important regional and national asset. It is the most visited wilderness area in the United States. It is the largest wilderness area east of the Rocky Mountains and north of the Everglades. Sacrificing this unique and vital region to sulfide-ore copper mining would destroy not only an irreplaceable recreational and economic treasure, but what is also one of our best natural assets in the fight against climate change.

Becky Rom of Ely, Minnesota, is the national chair of the Campaign to Save the Boundary Waters.

Will Steger is a polar explorer, educator, author, entrepreneur, and eyewitness to the effects of climate change. He founded Climate Generation which works to empower individuals and their communities to engage in solutions to climate change.