Running across the Boundary Waters - Update

In my spare time (which admittedly is not a lot with my job and 3 kids) I'm either in the Boundary Waters or running - a lot. I have a side project of actually running all the major back country hiking trails in the Boundary Waters as a way to bring awareness of our fight to our running, and specifically, our trail running community. 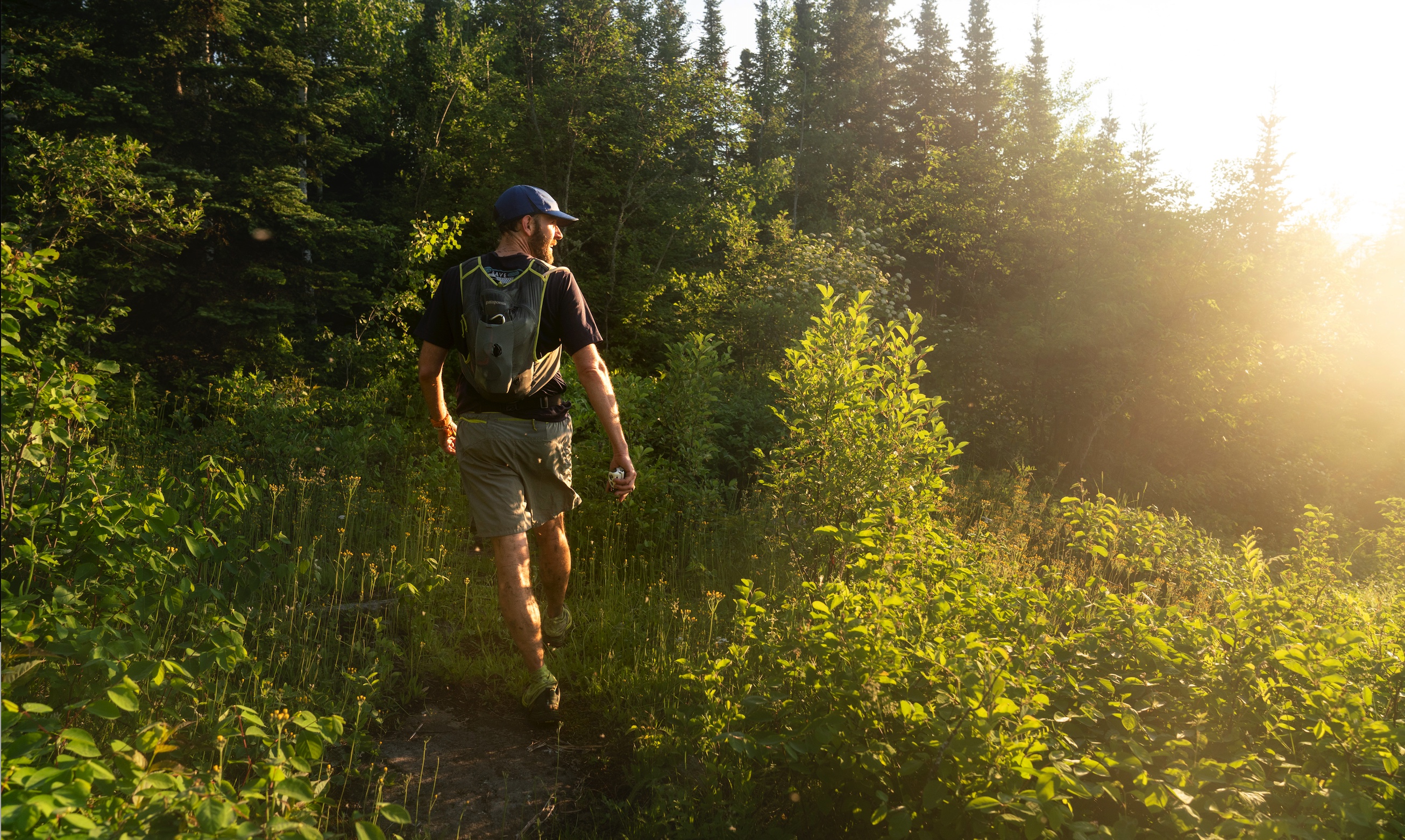 Trail runners depend on vast areas of protected public lands to enjoy our passions. Across the country other runners have stepped up to use their running to protect areas like Bears Ears and Grand Escalante, Red Rock Desert, Arctic Wildlife Refuge and other roadless and wild places across the country. I've been particularly inspired by Clare Gallagher, an elite professional trail runner dedicating her running toward fighting climate change and saving our wild places. 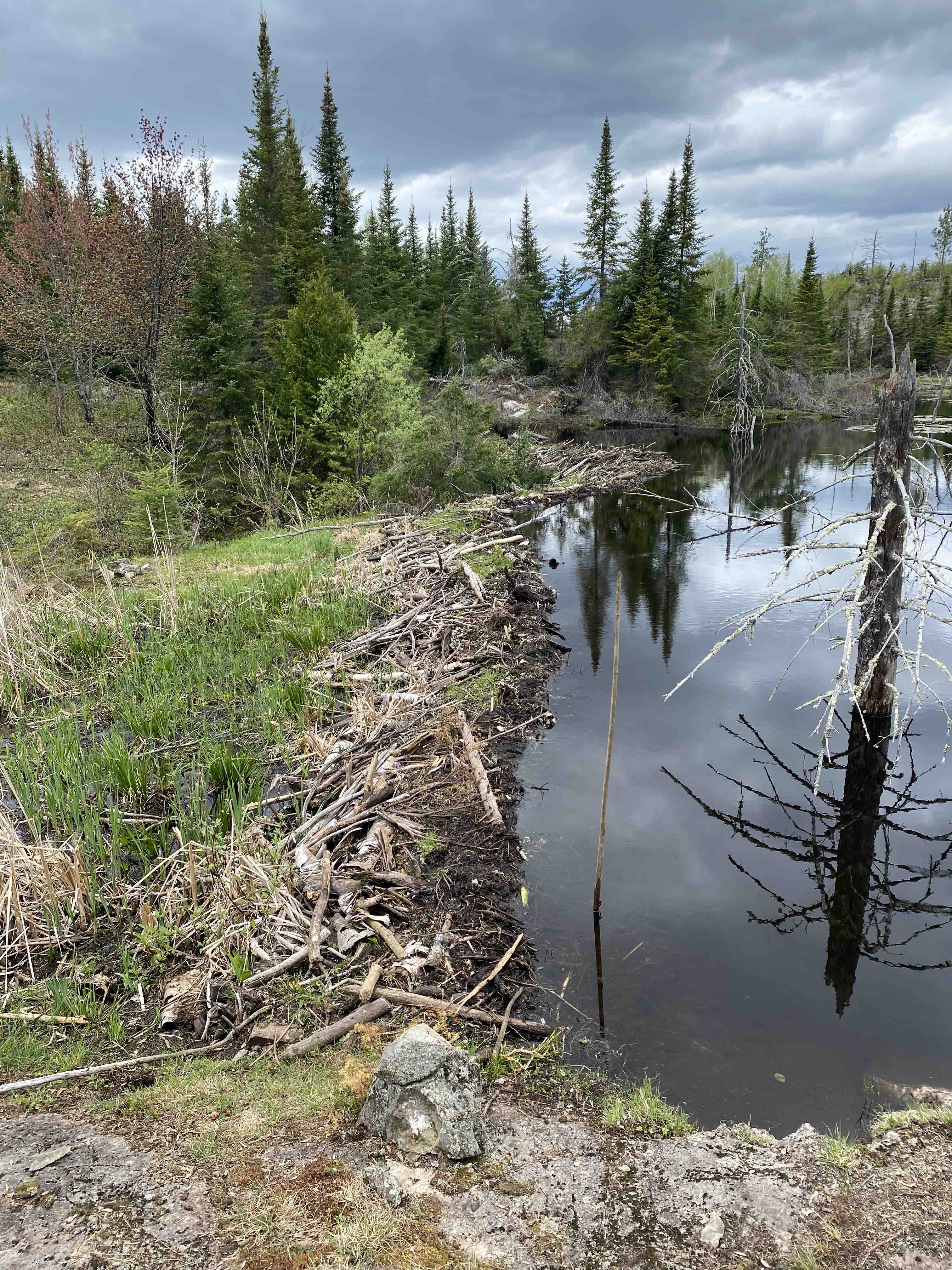 A unique aspect of my advocacy is that people see the Boundary Waters - and rightfully so - as canoe country.  So it's my idea to collectively run hundreds of miles in a landscape of over 1,100 lakes that also holds 20% of the freshwater in the US Forest Service System to draw a unique perspective to our fight. In addition to world class canoe adventures, are these remote wilderness backcountry trails. Typically they are multi-day hiking and backpack camping routes, and all of them very remote, rugged and wild. There's only one human made bridge on any of these trails - the rest constructed by beaver dams. The trails themselves are cut through the only section of the Canadian boreal forest in the lower 48 and are some of the rockiest and rooted trails I've ever run on. Often times they're flooded (again the beavers) or blocked by downed trees or hard to follow as they wind through recent forest fire areas or...I could go on forever.

I started my project in 2019 intending to run both the Border Route Trail (BRT) and the Kekekabic Trail (the Kek) individually and then combine the two this summer for one long ~ 110 mile run east to west across our cherished canoe country. My two first segments can be read about in my previous blogs hosted here. However this year, with COVID hitting our country and shutting us down in March, the logistics of organizing the trip, support necessary, some awesome athletes who were going to join me to make a big deal about it all started to unravel and I have to delay the full run by another year.

But with lemons, make some backcountry lemonade (the water is so clean you can drink straight from the lakes and rivers afterall).

This summer I'm instead running a series of trails in addition to re-running the BRT and the Kek to keep the drumbeat of trail running advocacy beating. These trails are all 20 miles or more in length (I'm also adding in Eagle Mountain connected with the Brule Lake Trail for another 8 or so miles to climb the summit of Minnesota at a nose-bleed altitude of 2,301 feet!).

Snowbank Lake - Snowbank Lake actually has 3 concentric loop trails of roughly 20, 26 and 31 mile distances by adding extra lake trails to run around. Snowbank Loop itself is 20 miles, Snowbank-Disappointment - which I ran in May and you can read about here - is 26 miles, and Snowbank-Old Pines-Disappointment loop is another extending 31 miles. Each runs along the Kek at the western side where you can choose which route to take in a choose your own adventure run around Snowbank Lake!

I successfully ran the Snowbank-Disappointment loop in May this year as my first run in this summer series. Run report here and I set a fastest known time (FKT). I'm planning to run the other two loops this summer, likely in the August timeframe.

Sioux Hustler Trail - This one is coming up this weekend! I'm attempting this trail on the 3rd and I'm currently in the midst of planning for this run. It is going to be a hot run (94 degrees predicted) but there's a lot of access to water and I'm starting out as early as possible to get at least the first half done before the sun is directly overhead. The heat is a serious compounding factor for this run - the last thing I want is another bout of heat exhaustion when so remote and inaccessible. Starting early, carrying plenty of water and electrolytes in addition to enough calories is paramount. The trail runs alongside several lakes and streams for refilling options and campsites are along the way to go for a rest and refill as needed as well. During last year's BRT on the hottest summer of the year I paused for a half hour at one point to jump in Rove Lake - not a bad way to cool down either! Stay tuned for updates, and my main website www.runningforthebwca.com will have a linked gps tracker of my run.

Powwow Trail - Likely also in August, I'll run this trail and from reports it may be the most challenging as it is the least maintained trail according to the US Forest Service site. They haven't updated the trail info since 2016 and there are reports of several trail clearing expeditions. So, I'm researching the trail and it's status as I keep planning for that route. It's a 27 mile loop in the southern central part of the BWCA north of Tofte, MN.

The BRT and Kek - I will re-run both of these probably in September and October. Last summer the BRT won. A mixture of heat exhaustion and a broken toe and I had to pull off at mile 56 after 20 hours on the trail, just 9 miles shy of finishing. The lessons learned however were life changing for how I run these trails. Nutrition, training tempo, weather, and gear have all been re-evaluated and refined. It's a great example of how the wilderness is a classroom for life - pushing to uncomfortable levels with no choice but to keep going and taking those lessons home.

I, along with the rest of the world, hope 2021 brings better times. As we await science to catch up to the current health crisis, hopefully we'll have a viable vaccine soon and a chance to regain some normalcy, travel, and mixing among our family, friends and strangers again. These trails mean the world to me and to so many other people. The Wilderness to even more people. I hope 2021 brings a scenario in which I can run the BRT and Kek in one contiguous run but that's a big wait and see. Until then I'll keep planning as we do for all our Wilderness trips - plan as best we can, build in flexibility, adapt as needed, have the time of our lives.