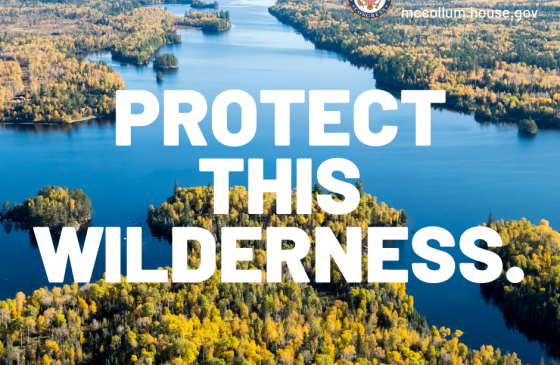 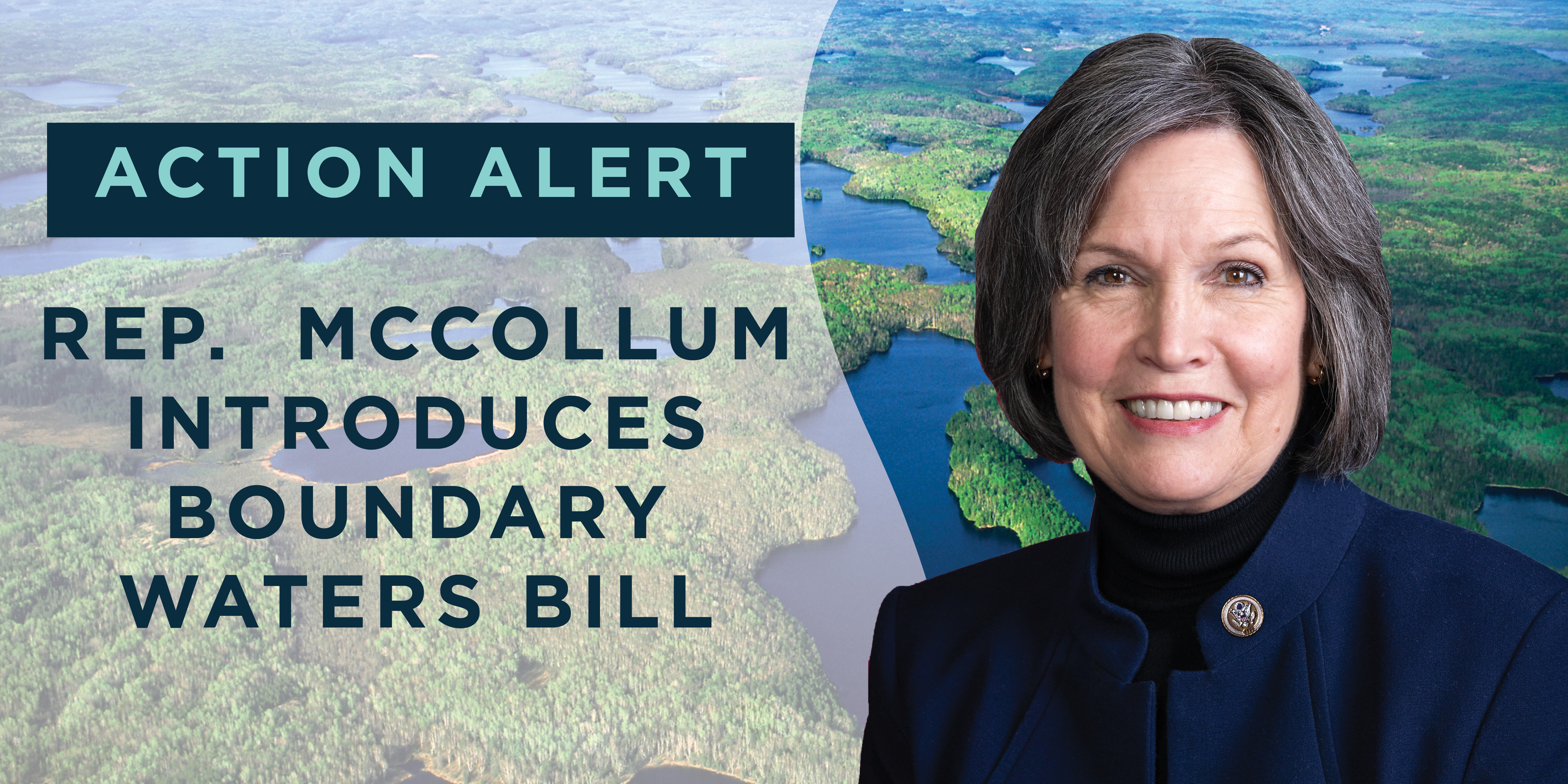 What Rep. Betty McCollum’s bill - H.R.2794 - would do to protect the Boundary Waters

On April 22, MN Rep. Betty McCollum introduced a bill entitled “The Boundary Waters Wilderness Protection and Pollution Prevention Act” in the U.S. House of Representatives (all bills are given a “House Resolution” number for easier tracking, and this one is H.R. 2794). We are thankful for the continued leadership demonstrated by Rep. McCollum. You can find her summary of the bill here.

Rep. McCollum is the chief author, and is joined by over 30 other sponsors including Reps. Dean Phillips and Ilhan Omar from Minnesota, Natural Resources Committee Chair Raúl Grijalva (D-AZ), and Subcommittee Chair Alan Lowenthal (D-CA).

The intent of the bill is really quite simple - it is intended to prevent sulfide-ore copper mining on federal lands in the Rainy River Headwaters watershed which drains into the BWCAW (see map below) and Voyageurs National Park. The bureaucratic term that is used is “mineral withdrawal”; this essentially means the federal government removes these public lands from potential leasing for mining activities. Withdrawals can be implemented by Congressional action (as this would do) or by administrative action by the Forest Service after a public review process. In the case of Rep. McCollum’s bill, the withdrawal applies only to sulfide-ore mineral leases and would not restrict mining for iron ore, taconite, sand, gravel or granite.

The bill’s proposed withdrawal area of the Rainy River Headwaters watershed is 234,328 acres - and is the same area as was proposed for administrative withdrawal by former US Forest Service Chief Tom Tidwell in 2016. Per legal requirements for administratively withdrawing these lands, the US Forest Service initiated a 2-year study in 2017,  a study to withdraw federal minerals in the watershed of the Boundary Waters from mining for twenty years. It was abruptly halted by the Trump administration 4 months prior to completion, with the claim that “no new information” was being discovered. The previous administration refused to release the draft reports, which we strongly believe clearly find that mining is incompatible. The Biden administration has issued a stay on litigation regarding Twin Metals and is currently reviewing the project.

Rep. McCollum, and other House leaders had asked to have the draft withdrawal study released to Congress, and the administration refused to comply. As the administration continued to stonewall, while simultaneously moving the project forward, it became apparent that the only way to protect the Boundary Waters and Voyageurs National Park was a permanent and complete mineral withdrawal. Hence, Rep. McCollum was compelled to draft and introduce H.R. 5598 in 2020. When a new Congress convened in 2021, Rep. McCollum reintroduced the bill under the new file number of HR 2794.

Nearly seventy percent of Minnesotans do not want sulfide-ore copper mining near the Boundary Waters, and in 2017 over 180,000 people urged the federal government to withdraw the watershed of the Boundary Waters from the federal mining program--the same area Rep. McCollum’s legislation addresses. The science is clear on the threat sulfide-ore copper mining poses to the Wilderness.

This bill is a very important measure to achieve permanent protection of the BWCAW from the threat of sulfide-ore pollution. Every voice is now needed to make sure this becomes the law of the land. Here are 5 ways you can help protect the Boundary Waters: 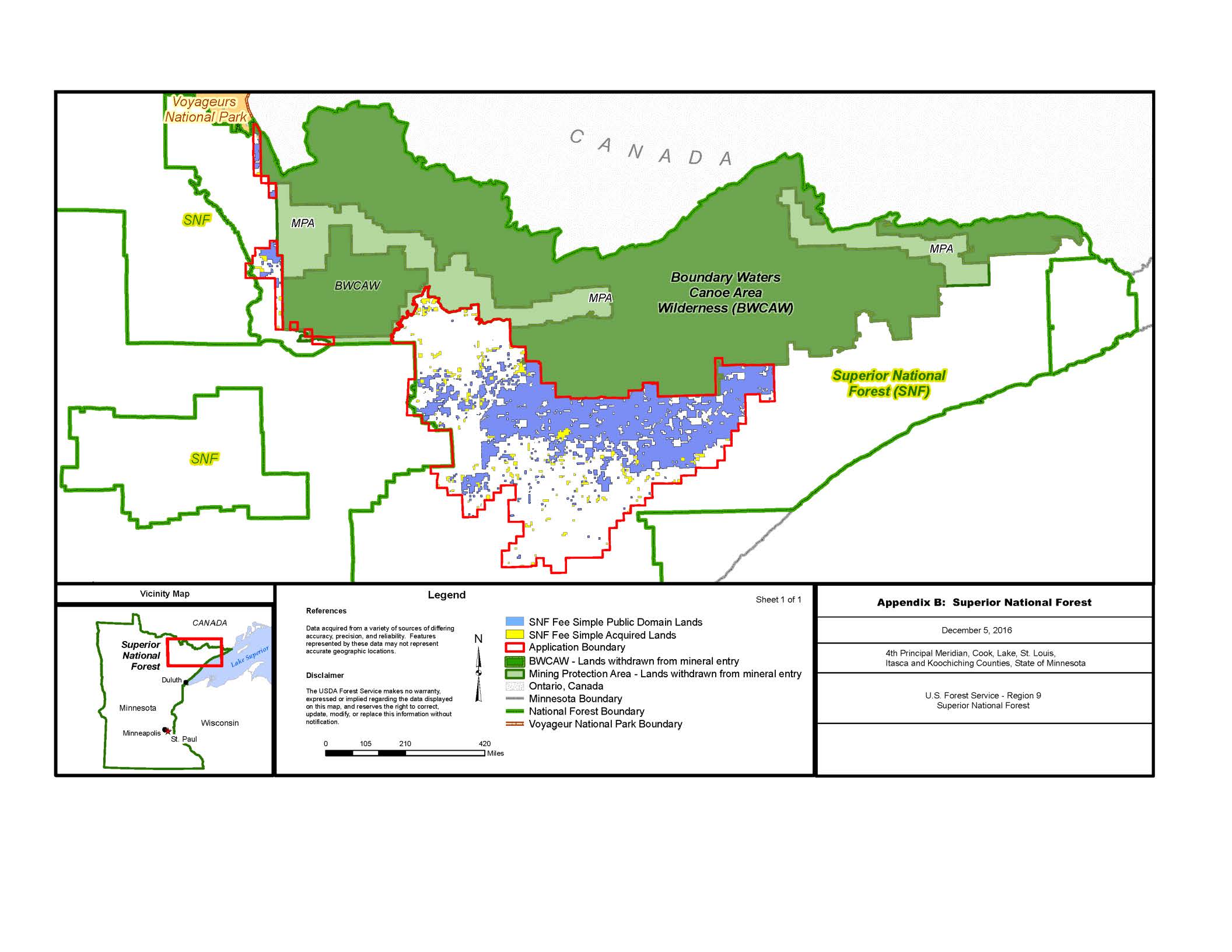