On Dec. 18, Twin Metals Minnesota, the wholly owned subsidiary of Chilean mining giant Antofagasta, submitted its plans to open a sulfide-ore copper mine on the edge of - and in the watershed of - the Boundary Waters Canoe Area Wilderness. This begins the slow, methodical march towards acquiring permits that will spell destruction for America’s most visited Wilderness. Here’s some information you need about the mine plan. 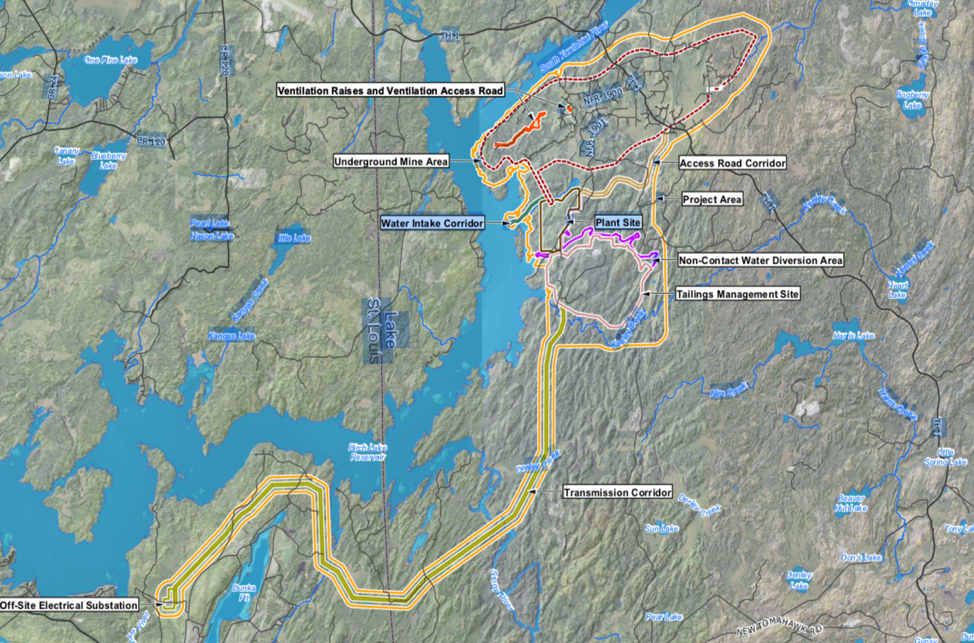 A “mine plan of operation” is a combination of maps and information that describes every aspect of the proposed mining operation. It shows where the mine shaft and extraction areas will be, where the ore will be processed, how the massive amounts of tailings will be permanently stored, where electricity will come from, what new roads and rail lines will have to be created, and what kind of chemicals will be needed to extract the minerals. The full plan that was submitted to the Minnesota Department of Natural Resources (DNR) by Twin Metals Minnesota is here.

There is a ton of information in here, but here is some summary information:

3. How will this impact the Boundary Waters?

There is no way this project won’t negatively affect the BWCAW. The potentially devastating impacts will occur in multiple ways:

The federal government agencies (Bureau of Land Management and US Forest Service) will follow a different - but similar - path than the state agencies (DNR and MPCA). Both governments will spend some time reviewing the many pages of documents to identify if any important material is missing (like the draft reports from the Withdrawal Study!). Then, both will independently announce the beginning of the environmental review process.  This will likely be initiated by the federal agencies in January or February, somewhat later for the state agencies. The announcements will also specify when public comments can be provided. This is an important step called “scoping” that is used to decide all the issue areas that must be investigated in the environmental review process.

Federal agencies are under a directive to complete environmental reviews in 1 year and constrained to 150 pages.  This is wholly inadequate, and a good indication that the federal government is going to do everything in its power to ram this project through the process. We believe the state rules allow for the MN DNR to hold off on moving the application forward until they have the preliminary reports from the federal withdrawal study.  Once they have all the information required by law, they’d start the environmental review process.

5. What are we doing to stop this mine?

Right now, we are actively reviewing the mine plan with the help of several experts. We need to identify all the negative impacts so we can demonstrate to decision makers that this project should not proceed.

We are also working with our Congressional delegation in Washington, D.C., and especially with Rep. Betty McCollum - a true wilderness champion.  She has worked hard to get the hidden withdrawal study released, but the administration is stonewalling. We will continue to work with her to find a way to stop the project.  In addition to the above work with the state, we are developing a strategy to get better state standards that would protect the Boundary Waters (more on this as the Legislative session starts in February).

Our lawsuit challenging the federal leases continues in Washington, DC, and we expect a decision in early 2020. If we don’t prevail in the District Court, we intend to appeal to the Appeals Court. Finally, we continue to build our supporter base - and your financial support is critical to our success! - and push hard to get the word out on the mine and it’s devastating impact. We had a great year for media in 2019, and hope to be even more successful in 2020.

This project can be stopped if enough people make our federal and state leaders understand this is devastating for the BWCAW and not in the best interests of the state or nation. Calls and letters to elected officials - like Senators Klobuchar and Smith and Governor Walz - are critical and impactful. Letters to editors in your local newspaper are read by many and make a definite impact. Supporting our efforts with your donations and volunteer time is essential - we can’t do this without you. And most importantly, stay informed. We’ll try to keep you updated on this website and through social media about what’s happening. New developments happen fairly frequently, and there are time-sensitive events that require a short turnaround for action.  Make sure you get our emails and action alerts, and check back to the website for periodic updates.

Thank you for your support of America’s most popular Wilderness!

Map of the proposed sulfide-ore copper mine.