Monday, September 23, 2019
Posted by:
Campaign to Save the Boundary Waters 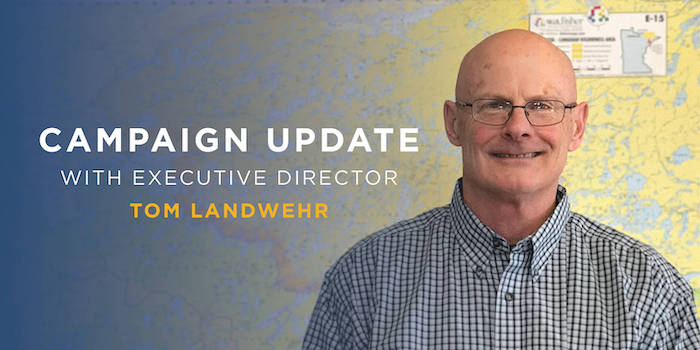 A lot has happened since our last update. Here is a breakdown of recent developments and some insight into what's coming up.

As you can see, it has been a busy few months, and things will continue that way. Your support is greatly appreciated and critical to our success. Look for a lot more activity as we approach the winter, and, as always, let us know if you have any questions!