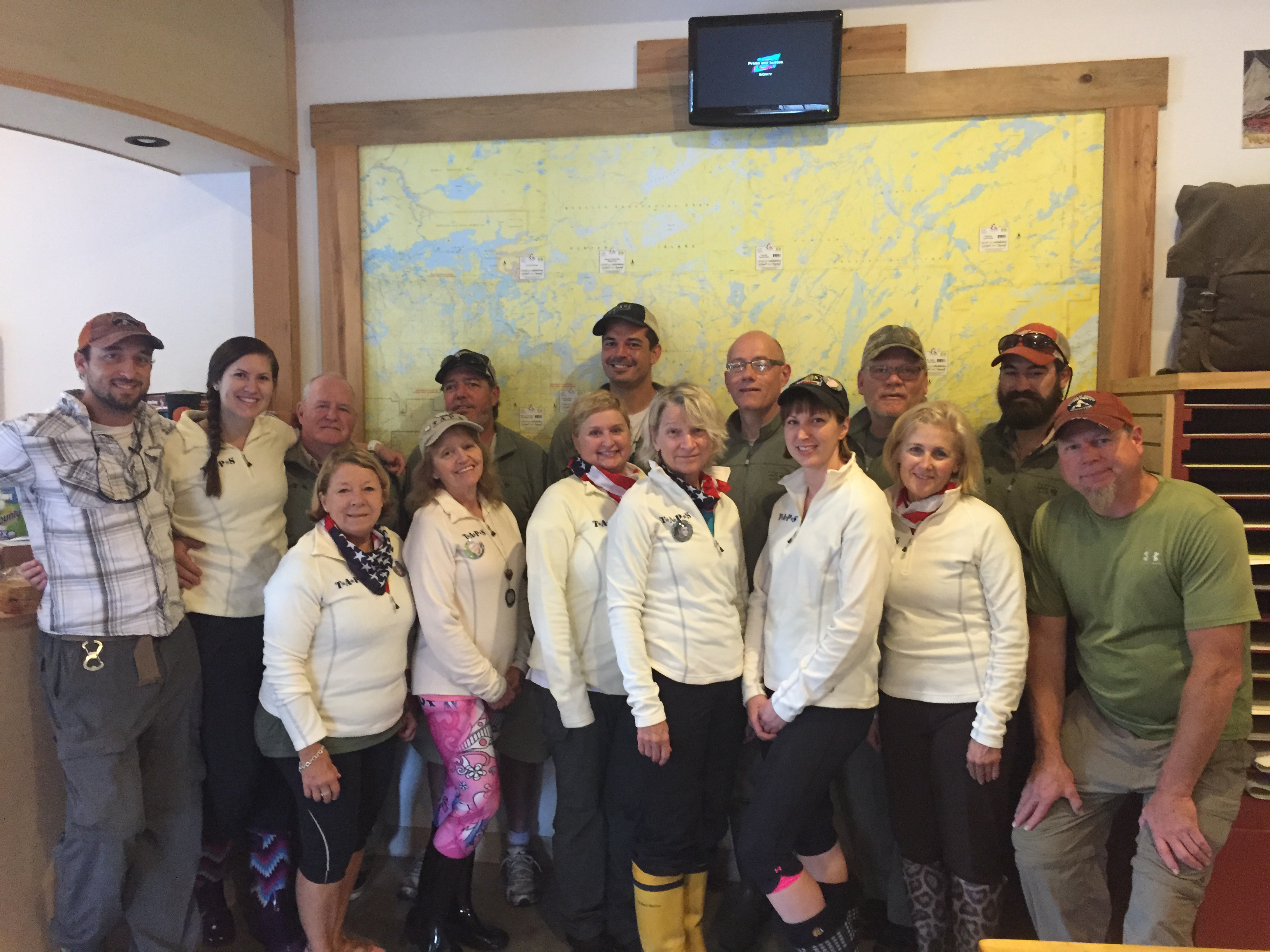 While many think of the Boundary Waters Canoe Area Wilderness and the Ely area as a summer destination for canoeing and camping, there is much more to this part of the Superior National Forest that takes place throughout the year. In a milder November than recent years, locals and visitors alike are enjoying the warmer trend while hunting, fishing and taking the canoe out for one last paddle before the ice arrives. Instead of walking across the frozen water, this Veteran’s Day we are walking around flowing streams and across the boggy marshes that feed into the Wilderness while soaking in the tranquil music of the water flowing over rocks. 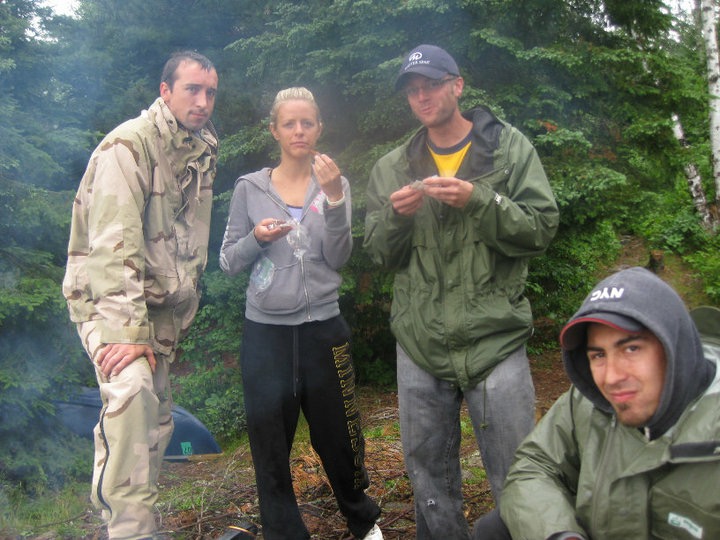 As a child, this Wilderness played an enormous role in the outcome of my future. I remember peeling the bark off dead-fallen and rotting birch trees to help aid our efforts to start a fire after a rainy night not far from one of our favorite campsites on Lake Two. I remember walking the short portages from Lake One that felt miles long to my little feet while contributing to the effort by carrying a paddle or a few fishing poles to the other side.  Our family trips were often in June and July, so the Kawishiwi River typically had a decent flow in the rapids that we would portage around between the two lakes. I learned at a young age how to pronounce Kawishiwi, because in Ely the name shows up almost everywhere you go—much like the river itself—as it weaves and flows through dozens upon dozens of the connected wilderness lakes.

As an infantry Marine Veteran of the war in Iraq, I have set foot in the murky and polluted waters of both the Tigris and Euphrates Rivers. While the palms lining their banks made for a welcoming view after drudging through the desert for several weeks, the waters themselves left me yearning for something clean to swim and drink from. Despite all the purification technology used by the U.S. Military to make these waters “safe” to drink, we managed to get sick routinely from the negligently managed, over polluted rivers of Iraq. The first thing I did after returning to Minnesota after the war was to walk straight to the kitchen sink, turn on the faucet, and drink the clean water that flowed out. I realized over the period of a decade spent across the world and the United States that there was only one place I had been where I trusted not only drinking water from the faucet, but also straight from the lake itself. 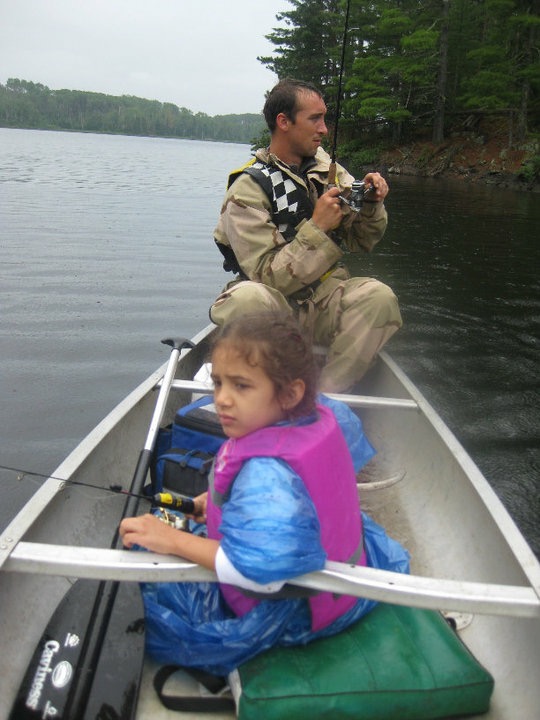 I would be lying if I said I hadn’t gone through much suffering after my medical discharge from the Marine Corps. I spent the first few years of my reintegrated civilian life living alone in San Antonio, TX, where I studied business management. In 2009, six years after returning from Iraq, I moved back to Minnesota to pursue a hopeful lifetime in Ely amongst the wilderness lakes, rivers, trees and fish. The more time I spent away from the sounds of civilization, in the woods or on the water, the more I began to heal from my own grief. Being able to share this with others became a passion of mine that I pray never dies.

This month marks the close of my fifth season as an outfitting manager and guide. Back in September I had the opportunity to share my favorite childhood campsites with a nonprofit group I was guiding called Tragedy Assistance Program for Survivors (TAPS). TAPS came to us for help in planning a healing retreat for those who lost loved ones in the service. It was my honor to serve them on this trip and it was humbling to hear them openly discuss the greatest pains and the happiest memories they had endured, while stoking the fire with balsam branches. Unlike a majority of the trips TAPS takes its members on,  the Boundary Waters regulations of 9 or fewer people to a group had them splitting up into smaller, more intimate parties. 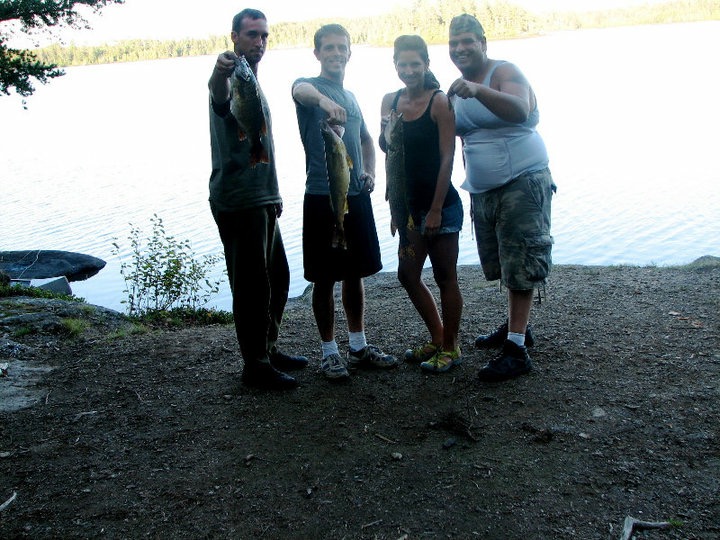 There aren’t many places in the country where you can embark on this kind of journey; there is a measure of healing one can find here that a lifetime of therapy may not be able to achieve. With the threat of introducing sulfide-ore copper mining, a process labeled by the U.S. Environmental Protection Agency as the most toxic industry in the country, into the Boundary Waters watershed; there is a level of risk too great to overlook. No one can ensure that sulfuric acid waste will not leak into this colossal connection of lakes, rivers, streams and marshes. I couldn’t imagine a Boundary Waters canoe trip where one has to bring in their own water because a mining incident made the water unsafe for consumption. With any likelihood of polluting these pure waters, is it worth the risk?

As Veterans, we are not strangers of fighting to protect the land we love. Today, let us remember all of those who gave life and limb to defend our freedoms, let us honor them for their sacrifices. For those of us who are still able, let us stand up together and do what we know is right. It is clear that this Wilderness will not be able to protect itself from our own doing. For those who value the blessed serenity of this Wilderness, let us continue to stand up to defend her against all threats, foreign and domestic.

St. Paul native Ben Putnam is an outfitting manager and guide at Boundary Waters Outfitters in Ely, MN. He served with the Marine Corps and was deployed to Iraq as a machinery gunner in the Third Battalion of the Fifth Marine Regiment during Operation Iraqi Freedom.