Wednesday, October 21, 2020
Posted by:
Campaign to Save the Boundary Waters

Boundary Waters Day: A history of protecting the Wilderness

Tell your Congressional Representative to Protect the Boundary Waters

The fight to protect these lands has been long and contentious, and continues today with the threat of sulfide-ore copper mining on lands in the headwaters of the Wilderness.

President Theodore Roosevelt established the Superior National Forest in 1909 from previously withdrawn public domain lands while the Minnesota Legislature created a 1.2 million acre Superior Game Refuge, similar in area to the Superior National Forest and including most of the present Boundary Waters. Development of roads in the Superior National Forest led to concern about the development of the area, causing U.S. Agriculture Secretary W.M. Jardine to establish a 640,000 acres roadless wilderness area in a policy to “retain as much as possible of the land which has recreational opportunities of this nature as a wilderness.” Landmark federal and state legislation followed to further protect the area, including the Shipstead-Newton-Nolan Act of 1930, the Little Shipstead-Newton-Nolan Act of 1933, and the Thye-Blatnik Act of 1948.

In response to airplane landings and overflights that threatened the canoe country, in 1949, President Harry Truman signed an Executive Order which prohibited aircraft from flying over the area below 4,000 feet above sea level. These types of actions continued through the following decades leading up to the Wilderness Act of 1964.

Today, the fight to protect the Wilderness continues. While the Wilderness Area and the federal buffer area are protected from mining, the headwaters of the Wilderness is not. The Boundary Waters is threatened by proposals for toxic sulfide-ore copper mines in its headwaters, where all surface waters flow into the Wilderness. Pollution from this risky type of mining would degrade downstream waters and forests of the Boundary Waters, Voyageurs National Park, and Canada’s Quetico Park, and would irreversibly damage our beloved canoe country.

In January 2020, U.S. Rep. Betty McCollum introduced a bill in Congress that would protect the Boundary Waters by withdrawing 234,328 acres of federal lands and minerals from the federal mining program.  H.R. 5598, entitled “The Boundary Waters Wilderness Protection and Pollution Prevention Act,”  would ban sulfide-ore copper mining of federal lands in the Rainy River Headwaters watershed, where waters drain into the Wilderness, Canada’s Quetico Park, and Voyageurs National Park. This bill passed out of the Natural Resource Committee in September and heads to the House floor for a vote by the entire U.S. House of Representatives.

TAKE ACTION TO PROTECT THE WILDERNESS:

Tell your Congressional Representative to Protect the Boundary Waters 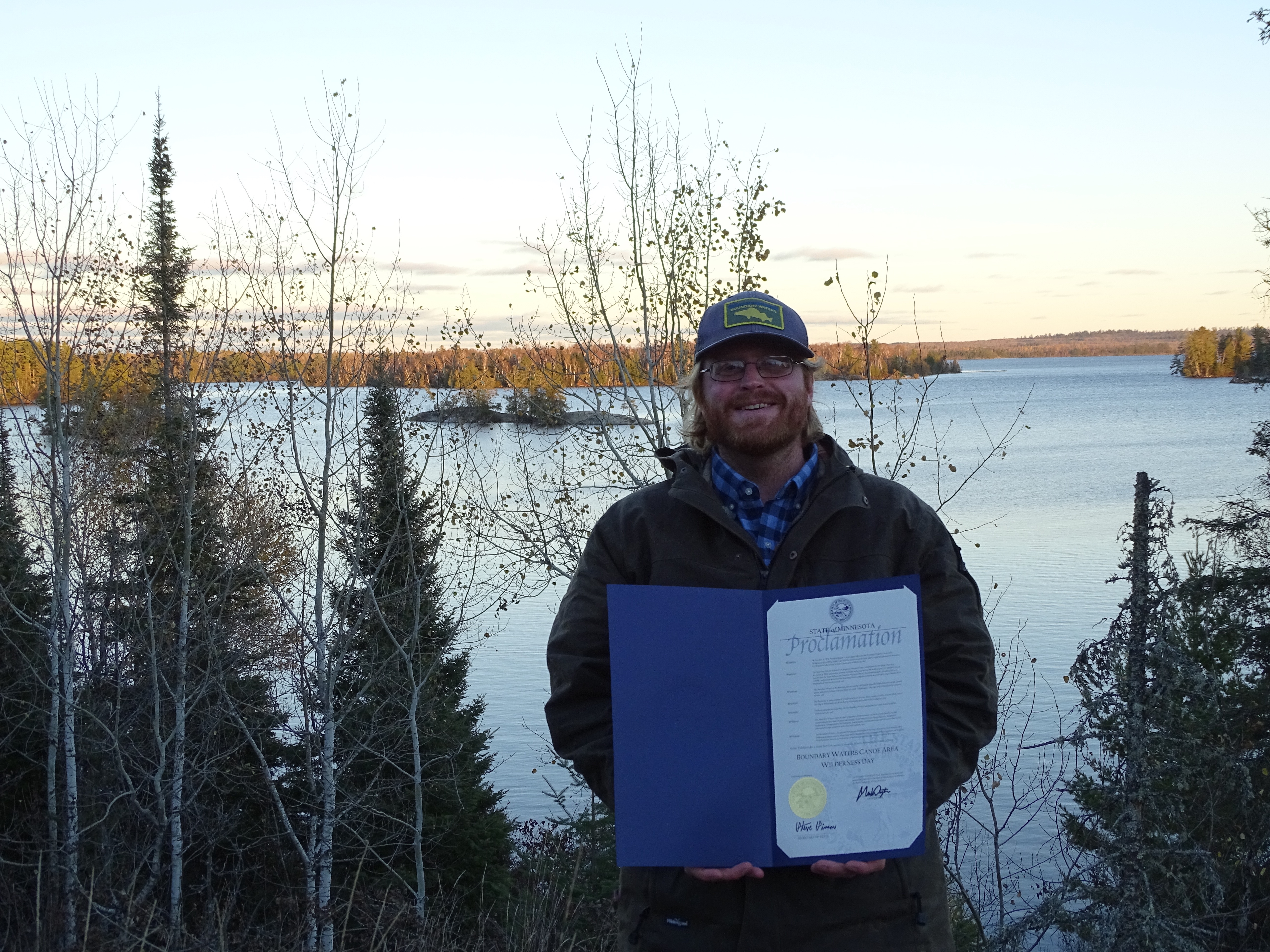 The 40th anniversary of the Boundary Waters Wilderness Act was marked by Governor Mark Dayton, who issued a proclamation shown above!