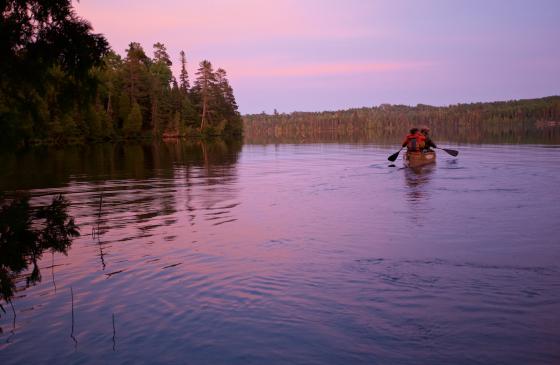 The U.S. House of Representatives just announced a major step in the legislative process to permanently protect the Boundary Waters from sulfide-ore copper mining.

On July 13, 2022, the House Natural Resources Committee will vote on Rep. Betty McCollum’s Boundary Waters Protection and Pollution Prevention Act (H.R. 2794) — and it’s a vote we need to succeed.

Here’s what you need to know:

What will happen at the committee vote?

The House Committee on Natural Resources previously read the bill and heard testimony from our broad panel of witnesses during a May 24, 2022, congressional hearing. During the July 13 meeting, they will debate amendments to the bill before voting on whether or not to advance it to the House floor.

The committee’s approval would set up a full vote on Rep. McCollum’s bill by the U.S. House of Representatives. This would be a historic development for America’s Wilderness.

Support for permanent Boundary Waters protections has remained overwhelmingly high, as shown by recent polling on the issue. Despite this popularity, Congressional pawns of corporate mining interests will do everything they can to try and kill this monumental legislation.

Help us show Congress that Boundary Waters protections are more popular than ever:

Has the U.S. Senate made similar progress?

The House has made progress on the Boundary Waters Protection Bill, but it requires a companion Senate bill to have a shot at making it to President Biden’s desk.

Unfortunately, the Senate cannot yet act to protect America’s most-visited Wilderness, because there isn’t a Senate companion to H.R. 2794. We need Senator Amy Klobuchar or Senator Tina Smith to introduce a Boundary Waters bill in the Senate — Americans are looking to them for leadership now.

Both Senators previously said they were waiting to review relevant scientific evidence before making a determination on Boundary Waters protections. On June 24, 2022, the U.S. Forest Service released a draft environmental study that found major risk to the Boundary Waters by sulfide-ore copper mining and recommended a 20-year mining ban near the Wilderness.

The science is clear: The Boundary Waters must be protected.

As the Star Tribune Editorial Board recently wrote, Sens. Klobuchar and Smith need to step up and champion permanent Boundary Waters protections against sulfide-ore copper mining.

If you live in Minnesota: Tell Sens. Klobuchar and Smith to support the science and introduce a Senate companion to H.R. 2794.

If you don’t live in Minnesota: Tell your Congresspeople to pass the Boundary Waters Protection Bill.