The Forest Service heard your voice — here’s what happens next 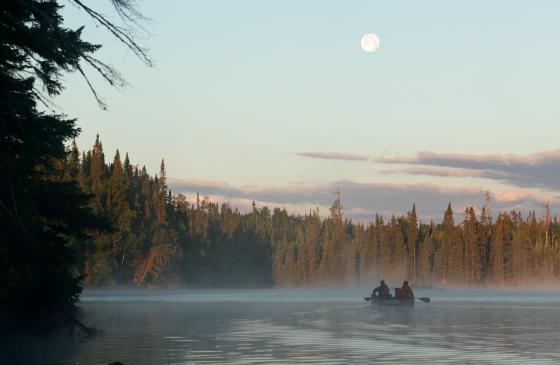 The U.S. Forest Service wanted to know whether the public supported its proposed 20-year ban on copper mining near the Boundary Waters, and wilderness advocates from all over the U.S. made sure the response was overwhelmingly in favor.

On August 12, 2022, the agency’s latest opportunity for public comment wrapped up — this time regarding the proposed ban and its comprehensive draft environmental study. Our petition supporting the study garnered support from thousands of people who were more motivated than ever to ensure protection for America’s most-visited Wilderness.

Once again, an opportunity for public input ended with overwhelming support for the Boundary Waters. Here are some of the numbers:

Our Campaign and its partners gathered 80,000 signatures this summer supporting the Forest Service’s proposed 20-year ban. Thank you so much to our supporters, Water Legacy, Sierra Club, Environment America, the Wilderness Society, Great Old Broads, and the Outdoor Alliance!

Over the past five years, opportunities for public comment on proposed sulfide-ore copper mining near the Boundary Waters have totaled more than 400 days and resulted in more than 580,000 comments supporting protections for the Wilderness!

We’re so grateful to everyone who has spoken up to show the widespread popularity of  protected Wilderness. As the Forest Service begins to review comments, we wanted to provide some clarity on what happens next for the environmental study and the recommended ban on copper mining next to the Boundary Waters.

What happens now that the comment period has ended?

Now that the comment period for the Forest Service's draft environmental study has ended, the agency will revise the study where necessary based on public response and new information received. This finalized assessment will be sent to the Bureau of Land Management (BLM) to be used as part of a larger review of the Forest Service’s application for a 20-year ban on copper mining near the Boundary Waters.

The BLM will utilize the environmental study, along with other economic, social, and scientific documents, to make a recommendation to Interior Secretary Deb Haaland regarding the application. Secretary Halaand will then make the final decision on whether or not to approve the Forest Service’s recommended 20-year ban. At this time, we do not have an exact timeline for when this decision will be rendered.

Throughout the process of gathering signatures to support the Forest Service’s recommendation, people often asked us “Why is the recommended ban only 20 years long?” In short, it’s because 20 years is the maximum amount of time allowed by federal law through this particular process.

The Forest Service can’t permanently ban sulfide-ore copper mining near the Wilderness through this application — that’s up to Congress. The executive branch can, however, provide a much-needed layer of protection for the Boundary Waters while we work toward our ultimate goal of permanent protection from risky copper mining.

As we await the Department of Interior’s final decision on a 20-year ban on copper mining near the Wilderness, we’re also making headway in Congress. Rep. Betty McCollum’s Boundary Waters bill (HR 2794) would permanently ban copper mining near the Wilderness. In July 2022, the bill cleared the House Committee on Natural Resources and is now eligible for a full vote on the House floor. We hope to see the bill on the House floor by the end of the year.