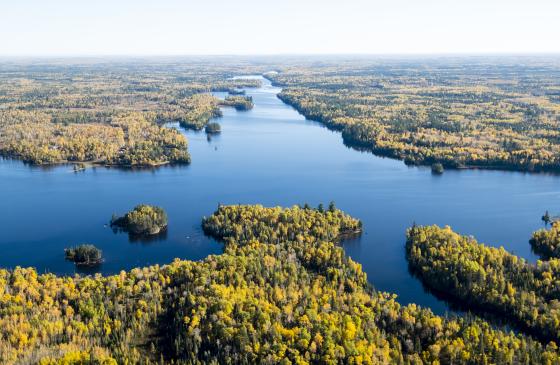 The fight to permanently protect the Boundary Waters from the effects of risky sulfide-ore copper mining just gained more momentum.

We’ve been leading the fight against a proposed sulfide-ore copper mine near the Wilderness for more than a decade, and we’ve been working toward this moment. As we push to pass HR 2794 into law, here’s what you need to know about the bill:

Rep. McCollum’s bill would prevent risky copper mining in the Rainy River Headwaters watershed through “mineral withdrawal,” which is essentially a ban on mining. This means the federal government would exclude the federal public lands in HR 2794 from the federal mineral leasing program. This type of mining, sulfide-ore copper mining, has never occurred in the state of Minnesota. HR 2794 would ensure that the devastating effects of this type of mining would not risk the Boundary Waters watershed.

HR 2794 does not restrict the mining of iron ore, taconite, gravel, sand, or granite — just sulfide-ore copper mining. This type of mining is a major threat because of the waste rock it produces. These rocks produce sulphuric acid, which can leach toxins like heavy metals into surrounding water. This process, called acid mine drainage, would be especially disastrous to the waters of the Boundary Waters, which the Minnesota Pollution Control Agency currently calls “immaculate.”

The Boundary Waters is a national treasure, and its cultural significance stretches back countless generations. Anishinaabe people (also regionally known as Chippewa or Ojibwe) continue to harvest wild rice in the Boundary Waters region and maintain treaty rights to hunt, fish, and gather on their land. As sovereign nations, tribes play an important role in protecting the Boundary Waters, a fact that HR 2794 specifically recognizes.

The clean water and pristine boreal forest of the Boundary Waters underpins an economic machine for the region of Northeastern Minnesota. Each year, regional tourism generates $969 million in revenue and sustains 14,000 jobs, which support local families and businesses. Minnesota’s outdoor recreation economy possesses major growth potential as natural spaces become increasingly accessible, and a sulfide-ore copper mine would irreversibly damage the Wilderness this industry relies upon.

We need to send a strong message to Congress that permanent Boundary Waters protections cannot wait. 2022 is the year to preserve America’s most enduringly popular Wilderness Area, and we need your help. Dial the Capitol switchboard at (202) 224-3121 and ask the operator to connect you to your U.S. House of Representative’s office. Then tell them to support the Boundary Waters protection bill, HR 2794!