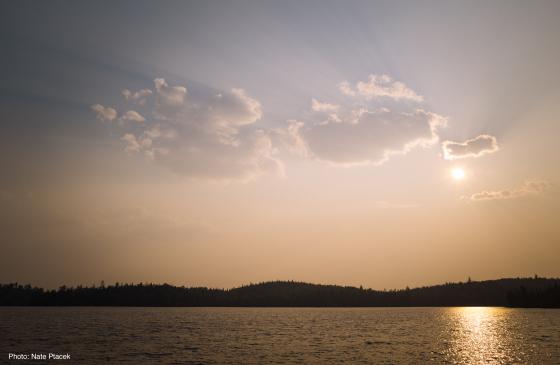 The past week has shown how consequential 2022 will be for the Boundary Waters’ future.

On May 24, 2022, the U.S. House Natural Resources Committee held a hearing to consider Rep. Betty McCollum’s Boundary Waters Protection and Pollution Prevention Act (H.R. 2794). It was an historic day for America’s most-visited Wilderness, as witnesses testified on the comprehensive evidence that supports H.R. 2794.

However, the bill’s opponents were as vocal as ever. A Twin Metals representative and ranking member of the committee Rep. Pete Stauber voiced opposition to the bill, spread misinformation about northeastern Minnesota’s economy, and downplayed the massive risk of Twin Metals’ proposed mine to the Boundary Waters.

Now more than ever, we need permanent protection for America's most-visited Wilderness. Tell your Congressperson to support H.R. 2794 today.

Here are five truths in response to common claims about H.R. 2794 and the proposed Twin Metals mine:

The Boundary Waters powers an economic machine in northeastern Minnesota. The Wilderness sustains nearly 14,000 jobs and generates $969 million annually, and its economic potential increases as the outdoors become more accessible. H.R. 2794 would ensure continued growth for this sustainable industry.

The roughly 20-year lifespan predicted for a Twin Metals mine, however, doesn’t provide the long-term economic stability its proponents claim. Furthermore, 23% of local property owners say they would leave if a Twin Metals mine is developed. This toxic copper mine would only put profits in Chilean bank accounts — but American taxpayers will foot the bill to clean up the ecological disaster and bear the brunt of an economic vacuum.

In reality, a Twin Metals mine would sacrifice the Boundary Waters for an insignificant supply of “critical minerals” such as cobalt and nickel. The primary focus of a Twin Metals mine would be extracting copper, of which the U.S. already has an abundance. Contributions to cobalt and nickel supply, which we can obtain from long-term allies, would be insignificant, whereas the risk to the Boundary Waters would be massive.

The claim that permanent Boundary Waters protections would harm a northeastern Minnesotan “way of life” fails to recognize the reality of Minnesota’s mining history. There hasn’t been mining close to the Boundary Waters region for over 60 years, and sulfide-ore copper mining has never occurred in Minnesota.

Twin Metals’ representatives often claim that because its proposed mine would operate outside of the Boundary Waters, it wouldn’t pose a threat to the Wilderness. This claim completely ignores peer-reviewed studies of the region’s hydrology, which have concluded that water within the Boundary Waters’ watershed flows northward. 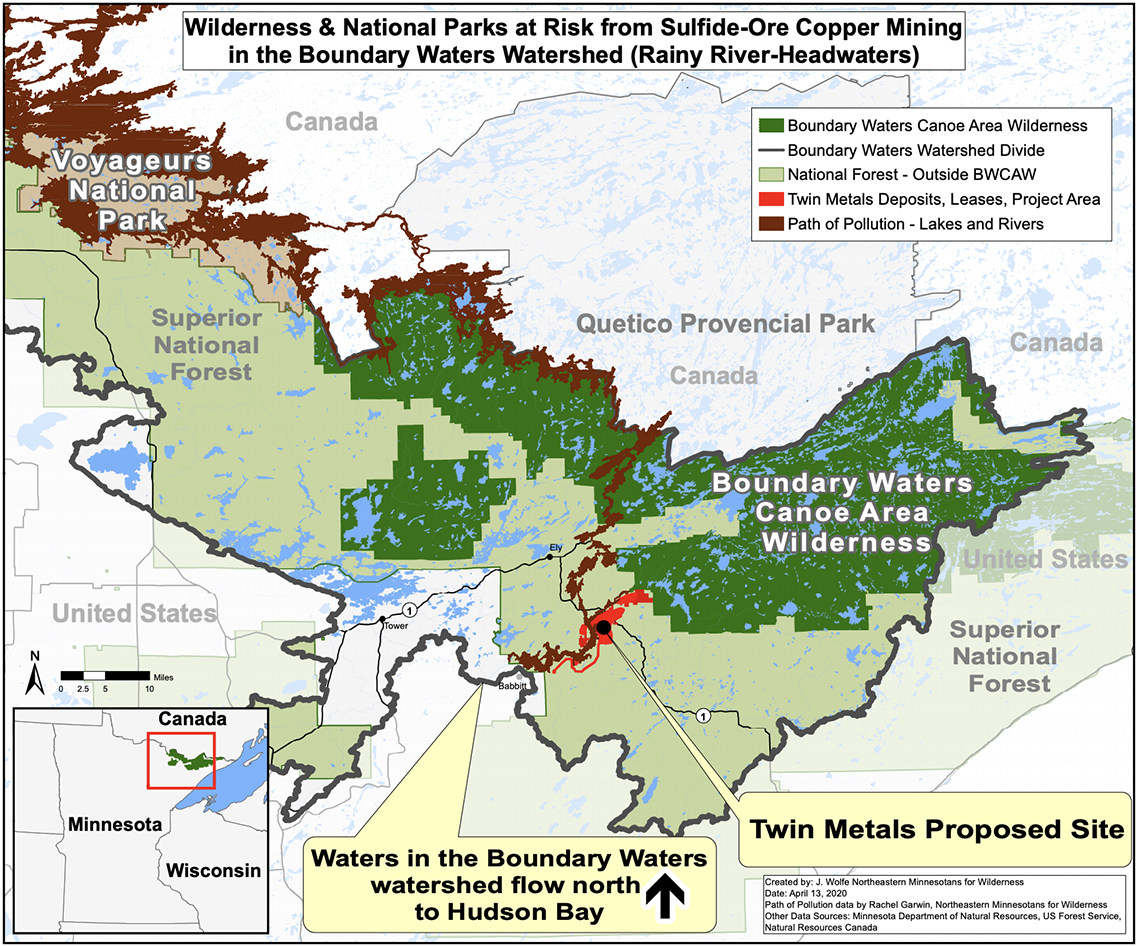 The proposed Twin Metals mine would operate just south of the Wilderness. Therefore, it sits directly upstream from the Boundary Waters, and any of its pollution would flow north into millions of acres of public lands. The science is clear: A mine just outside the Boundary Waters’ borders can still do irreparable harm to the entire Wilderness ecosystem.

During this week’s Congressional hearing, Twin Metals representative Julie Padilla claimed that the proposed mine’s tailings (a term that describes a mine’s waste materials) would not generate acid mine drainage. This is simply false.

The Minnesota Department of Natural Resources, the U.S. EPA, and renowned mining experts all agree: A Twin Metals mine would produce acid-generating tailings. These waste piles would leach acid and heavy metals into the clean waters of the Wilderness. H.R. 2794 would guarantee permanent protection for the Boundary Waters from this toxic type of mining.